November 9 is the 76th anniversary of Carl Sagan's birth, and is celebrated across the globe as Carl Sagan Day (in general, places that celebrate the day do so on the Saturday previous; so, today!). He did more to bring the wonders of the Universe to the world than any other human being, alive or otherwise, and this day should be a holiday. In honor of that, I present to you my friend Sara Mayhew's idea of what she plans to do: 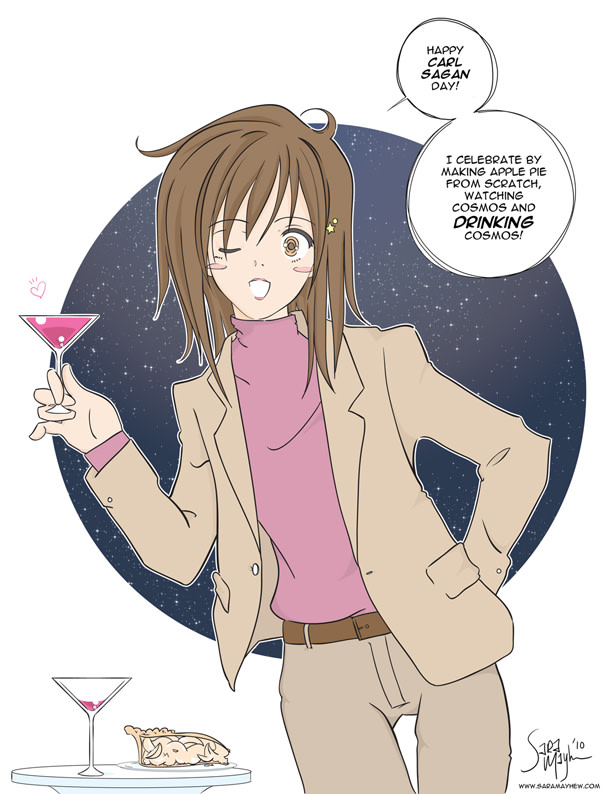 Sounds like a good idea to me. If you're curious about the apple pie thing, try here. It's Sagan's best quote, hands down. I attended a Carl Sagan Day last year in Broward County, Florida and wrote about the experience. Everything I need to say about Carl and his influence is there, so go read it. Also, that same group in Broward is holding an event this year which will be streamed live. The world may be a poorer place without him, but it's much, much better place for having had him once in it.

The SciencesMagnetars: City-Sized Magnets Born from Dying Stars
Recommendations From Our Store