Fairy Tales Were Originally Meant To Advise Children, But Do They Still Today? 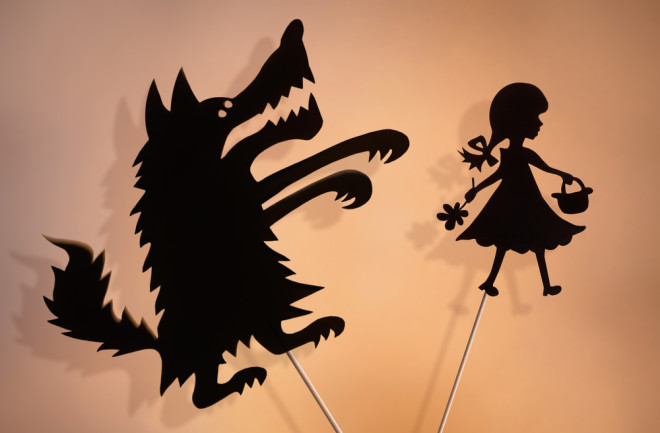 People have been telling fairy tales long before there was a literary record. Some, according to the BBC, date back to the Bronze Age. And most fairy tales aren't about fairies.

Many stories, like Little Red Riding Hood, often served as cautionary tales for children. However, as time progressed and fairy tales went through “Disneyfication,” which is the simplification of something real or unsettling, many were altered, and their meanings changed.

Through a modern, critical lens, many fairy tale retellings seem to be out of touch with contemporary society. Because of this, many parents may not want to expose their children to these stories. A new study, however, may say otherwise.

A recent paper published in The Australian Journal of Language and Literacy found that fairy tales are still a valuable tool to help children learn about social justice, emotional intelligence and even science, technology, engineering and mathematics (STEM).

“Once upon a time, fairy tales were the main way to teach children about the world and their place within it, but over time – and especially post early ‘Disneyfication’ – people have become more critical about them,” says Glenn Saxby, a teacher and UniSA Education Doctoral candidate, in a press release.

A fairy tale like Little Red Riding Hood is a classic example of story that lost its original meaning, according to Annalisa Castaldo, an associate professor of English at Widener University who was not associated with the paper.

The original Little Red Riding Hood saw the protagonist — Red — outmaneuver and trick the wolf who is impersonating her grandmother. In the end, she gets away, which helps teach children that if they keep their wits about them and use common sense, they can avoid dangerous situations, says Castaldo.

However, the story changed when French writer Charles Perrault rewrote Little Red Riding Hood more simplistically. The meaning changed from keep calm and use your wits, to don’t talk to strangers. At the end of Perrault’s telling, the wolf eats Red.

“His Little Red Riding Hood is so weak and easily fooled,” says Castaldo.

In some instances, Perrault and other writers changed fairy tales so that the female characters seem weaker, dependent and foolish. But there has been a shift in modern-day to retell fairy tales with characters that are stronger, smarter and more independent. Or, as Castaldo puts it, there has been more of an attempt to give these characters more personality.

These modern retellings may have helped open the door for teachers to use fairy tales in classrooms.

According to the paper, children can learn lessons from fairy tales, such as literary devices, compelling story structure and gender studies, along with STEM. The study gives the example, “Could Rapunzel have built a zip line using her hair to escape her tower prison?”

Fairy tales can also help children develop emotional intelligence. Through these stories, children can learn that purely good and purely evil people exist only in fairy tales. They can learn that it is inherently human to make mistakes.

“We need to look beyond the ‘traditional tale,’ and through teachers, we can start a new chapter,” says Saxby in a press release. “Active discussion about the historical and sociocultural contexts of fairy tales can provide many teaching opportunities in the classroom, but there is still scope for teachers to extend beyond traditional boundaries."

The paper also discusses how learning about multicultural fairy tales could help cultural equity and understanding.

“While there’s no denying that some fairy tales present unrealistic expectations or stereotypes when fairy tales are used in a critical and inclusive manner, they can be an effective teaching resource in the contemporary classroom,” says Saxby.

“Fairy tales always need to exist,” says Castaldo. “For people to draw from and create a common culture.”