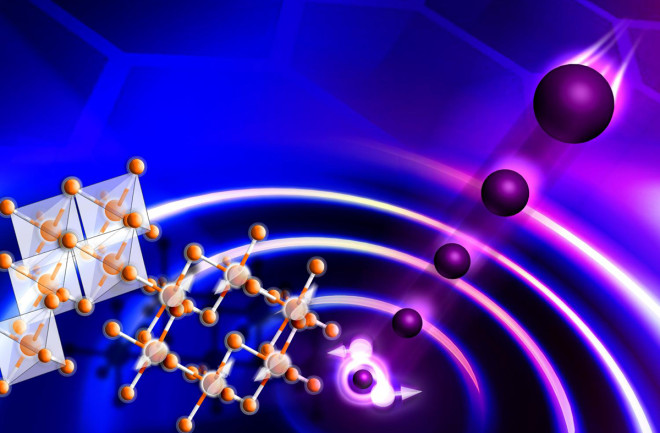 Physicists have found a new state of matter. That’s both over- and understating it: The solid-liquid-gas trifecta still holds strong. What’s important about this new type of matter happens at the quantum scale — magnetically, the electrons behave as though they are split in two.

Researchers detected the behavior in a crystal of ruthenium trichloride at the Oak Ridge National Laboratory in Tennessee. They used a huge particle accelerator to shoot neutrons at the sample and observed the patterns that formed when those neutrons bounced off and splattered on a detector.

Electrons in the crystal acted together to produce so-called quasiparticles — the electrons act like they’ve broken apart, though they haven’t literally. The quasiparticles produced here, called Majorana fermions, are their own antimatter. They suggest the presence of an unusual state of matter known as a quantum spin liquid, which was predicted in this form a decade ago but has never before been observed.

Like many discoveries in the quantum world, this one, published online in April in Nature Materials, could open new avenues in quantum computing and materials science. That’s a long way off, though. For now, the researchers say they’re happy to have observed a new, weird behavior of nature.