Does the Grand Civilization of the Inca Empire Still Exist Today?

The legacy of the Inca Empire may exist, despite the disappearance of the political entity. 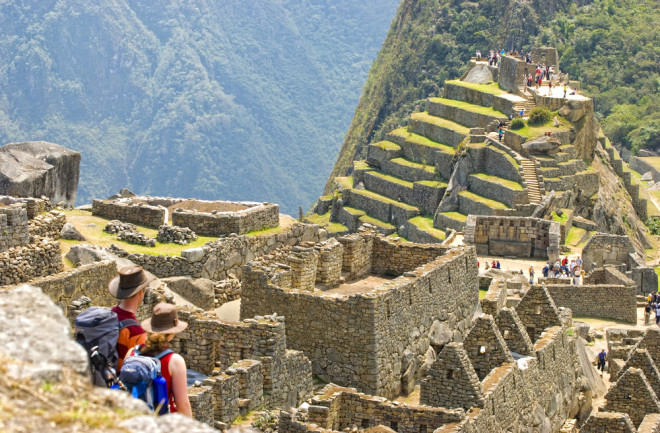 The Inca Empire was a marvel of its time. The rulers managed to conquer territory from Colombia to Argentina and Chile, spanning the mountain ranges, coastlines, jungles and plains of six modern day countries.

It produced grand achievements, such as the mountaintop city of Machu Picchu, and vastly improved the continental Inca Road system. But the Inca Empire wasn’t around for that long compared to some of the preceding Andean civilizations, like the Wari or Chimú.

But do the Inca still exist today? The question isn’t as simple as it sounds, and it depends on how you define the Inca.

Part of the colonial invasion of the Americas led to decoupling the achievements of classic-era Maya, Aztec or Inca with modern Indigenous people that directly descended from them.

“There’s an expression ‘Inca yes, Indians no,’” Giancarlo Marcone Flores, an anthropologist at the University of Engineering and Technology in Peru, tells Discover Magazine.

The division between European-descended people and Indigenous Americans has become a little more complex in some countries than it was in the initial years. This includes after the 16th century conquest of the Inca and notwithstanding the suppressed 18th century Túpac Amaru II rebellion.

Politicians and institutions sometimes used the glories of the past empires of the Inca, Aztec or Maya to form a new brand of nationalism after countries won their independence from Spain. In Peru and Bolivia, this meant many people who were mostly European-descended became proud of the achievements of the Inca. And they simultaneously disregarded the ongoing issues that the legacy of colonialism to the Inca’s descendants caused.

“The way that we Peruvians built a white criollo nation in a mostly indigenous-populated country, was to imagine ourselves neither European or Indigenous,” Marcone Flores says. “So, we claim to be heirs of the Inca Empire, the rightful guardians of this amazing civilization.”

He says that this identity sometimes results in feeling pride for the Inca, while discriminating against modern Quechua-speakers. They view what happened in the Spanish invasion as a sort of “reboot,” even though the Europeans incorporated many elements of the Inca Empire into their own governance of the area.

“We study and care for the Incas, but we made invisible the local native populations from this official history,” he says. “In this narrative of Peruvian nation, the original people become a brutish race as result of centuries of dominance by Spaniards, epidemics [and] coca leaf use,” he continues.

And while things are improving to some degree, many Peruvians still say, “These are not the same people. These are a watered-down version.”

Who Were the Inca?

Disregarding the heritage of modern Andean people doesn’t mean that the descendants living in old Inca capitals, like Cusco or Cuenca, today are Inca themselves, though.

The reason is, the Inca were more of a political entity than an ethnicity, Marcone Flores says. The Inca was an amalgamation of several different cultures that joined together through treaty or conquest like the Chimú and Chachapoya. Even in the times of the empire, people that lived in the highlands of Piura, roughly 1,000,000 meters (1,000 kilometers) from the capital at Cusco, never would have called themselves Inca. Instead, they would call themselves their own indigenous ethnicity, he adds.

Even though the Inca lacked writing systems, like what the Aztec and Maya used, historical documents recorded many of their workings and culture. Absent in the Andes and before the Europeans came, the Inca used a communication system that employed a complex series of strings and knots called quipu that modern scholars have yet to decode.

The official language of the empire was Quechua. It was a lingua franca that the Inca Empire used for official correspondence after conquest. The Spanish used it to communicate with Indigenous people.

But even Quechua has several different dialects, including the Quichua spoken in the Quito area today. Since the Inca Empire spoke other languages, including today the Aymara, Chachapoya (or Puquina) and Mochica, it’s clear that the Inca were never just one heterogenous culture.

Since it was mostly a political structure, Marcone Flores says that the Inca no longer exist today any more than the Wari or Tiwanaku civilizations that preceded them.

“It’s not really the Incas, it’s more like the Andean people,” he says.

The Inca Road system and the quipu recording devices predated the forming of the empire, but the Inca vastly expanded their use and importance.

Marcone Flores says that nobody started from zero — even the Spanish invaders used the Inca Road and built upon the bases of Incan structures in cities like Cusco.

Regardless, the many systems that the Inca Empire expanded or upheld still exist today. Whether it’s the stretches of the Inca Road, which were converted into modern highways, or the rope bridges still upheld in some Andean communities.

“The [elements of the Inca Empire] that survive are the ones that keep having local meaning,” Marcone Flores says. “It’s about the people that wake up every day and go and plow their land.”