Doctor, your dinner's in the oven. Mmmmm, mmmm! 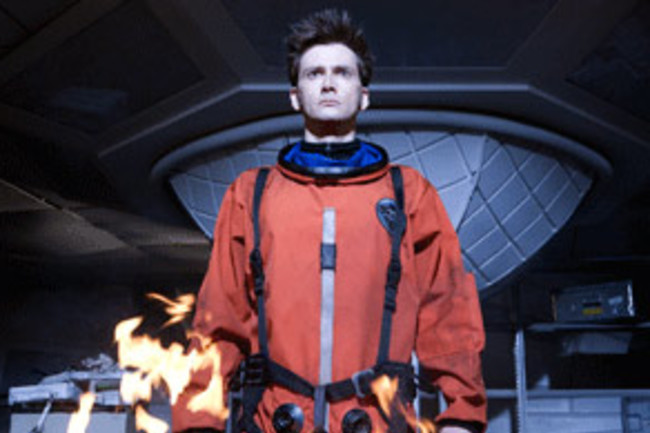 OMFSM. First, there's going to be a remake of "Fright Night", an actually pretty good vampire flick from the 1980s. I'm generally opposed to most remakes, but I think that this isn't such an awful idea, since the premise itself is a good one. However, the remake's director is the same guy who did "Lars and the Real Girl", which was... well, I'll just say I didn't like it and leave it at that. But... Guess Who they tapped for the part of Vincent, the fey late-night movie host who winds up becoming a real vampire hunter? David Tennant! Oh yeah. I'll watch that. The original role was played by Roddy McDowall, who was great. Tennant is a pretty good fit to that role, too. Given who played the original role, I wonder what's next for Tennant after this? I'm thinking Cornelius in a "Planet of the Apes" sequel. Ook ook.