Chimpanzees Could Answer Why Humans Evolved to Walk Upright

Scientists are challenging the traditional theories on why humans evolved to walk upright. They say hominins walked on two legs while still in the trees. 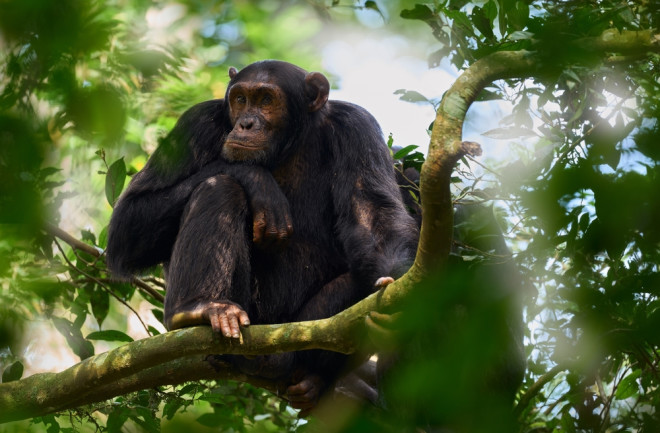 Humans are unique in the way that we walk. And, as such, scientists are incredibly invested in understanding how and why our ancient ancestors acquired their strange, upright strut.

Among anthropologists, the traditional theory holds that the hominins tumbled from the treetops and transitioned to the open terrain between about 7 and 4 million years ago, becoming fully bipedal during that time.

But a study in Science Advances draws on observations of our closest living relatives — the chimpanzees — to challenge this theory. It suggests that these humans likely walked on two legs while they were still living amongst the trees.

There's an assortment of ideas as to when, why and how our ancient ancestors started to strut on only their hind legs. But these ideas tend to share the assumption that the shrinking of the thick, tropical forests around 8 to 4 million years ago motivated human species like Sahelanthropus tchadensis to spend less time in the trees and more time in the open terrain, on two feet instead of four.

Read more: Sahelanthropus Was The First Hominin To Walk On 2 Feet

“To date, the numerous hypotheses for the evolution of bipedalism share the idea that hominins […] came down from the trees and walked upright on the ground, especially in more arid, open habitats that lacked tree cover,” says Fiona Stewart, a study author and anthropologist at University College London, in a press release. “Our data do not support that at all.”

In fact, by observing the chimpanzees living in the thin, patchy forests of Tanzania’s Issa Valley, Stewart and a team could investigate whether the openness of the ancient terrain brought on the transition to bipedalism among our ancestors.

“Because so many of the traditional drivers of bipedalism — such as carrying objects or seeing over tall grass, for example — are associated with being on the ground, we thought we’d naturally see more bipedalism here as well. However, this is not what we found,” says Alex Piel, another study author and anthropologist at University College London, in a press release. “Instead, trees probably remained essential to its evolution.”

All in all, the study authors say that it is likely that the hominins learned to walk on their hind legs in the trees instead of the open terrain, with improved foraging abilities, in all likelihood, inspiring the transition.

Clues of Walking Upright in Issa

As one of the first teams to investigate the tangible impacts of thinning forests on terrestriality and bipedalism, the authors arrived at their conclusion after accumulating almost 14,000 observations of physical activity in 13 adult chimpanzees, including around 3,000 observations of climbing and walking.

Moreover, the additional analysis of the chimpanzees' bursts of brief, bipedal movement strengthened the team's conclusion that our ancient ancestors' full-time bipedalism could’ve been born amongst the trees.

“What we need to focus on now is how and why these chimpanzees spend so much time in the trees,” Stewart concludes in a press release. “That is what we’ll focus on next on our way to piecing together this complex evolutionary puzzle.”