Sahelanthropus Was The First Hominin To Walk On 2 Feet

A new study strengthens the theory that bipedalism developed early in human history. 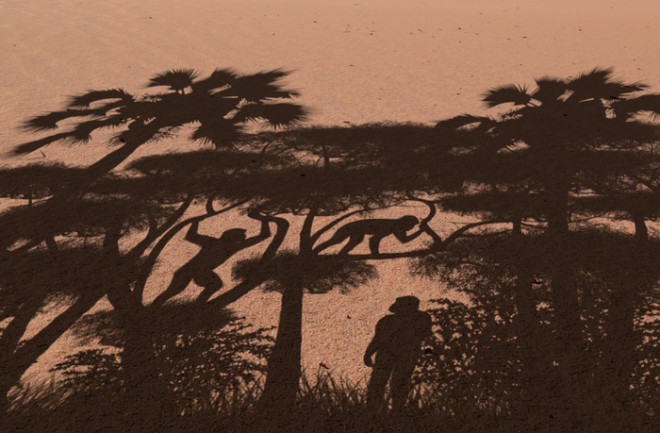 What defines a human as a human? Though it’s a tricky question, paleontologists and archaeologists tend to cite a couple specific characteristics in an attempt to answer. Homo sapiens, they typically say, create complex tools, make sophisticated social and symbolic meanings and communicate with one another using words and sentences — all characteristics that are tough to find in the fossil record.

Slightly more manifest in this record is a species’ ability to walk upright, which some specialists see as one of the most defining traits of Homo sapiens, as well as a host of other hominins including Homo habilis and Homo erectus. That said, despite its importance, scientists still struggle to determine when hominin bipedalism developed, and with which specific species.

According to a new analysis of fossils in Nature, a team of researchers has found that the oldest hominin species, Sahelanthropus tchadensis, walked on two feet. This supports the theory that the hominins developed their bipedalism early on, when they still spent their time swinging through trees.

Thought to represent the first human ancestor after the split from apes, S. tchadensis is considered the oldest-known hominin. Discovered in the Djurab Desert in Chad in 2001, the first fossils of this species include an almost complete cranium and a fragmentary set of teeth that trace back to seven million years ago. Findings from the same site also include a femur, or thigh bone, and two ulnae, or forearm bones, all attributed to the same species.

Immediately following these discoveries, scientists turned to the cranium, which they nicknamed "Toumaï." They found that the internal structure of the skull (and in particular the orientation and position of the occipital foramen, an oval-shaped opening that contains the spinal cord) indicated that the species walked upright. Now, the analysis of the femur and ulnae confirms this theory, suggesting that even the earliest hominins developed bipedalism, despite maintaining their ability to clamber through the trees.

In their analysis, the researchers implemented microtomography imaging techniques to measure more than 20 traits of the femur and ulnae fossils. They then compared these measurements to those of a wide variety of extinct and extant apes, including orangutans, gorillas, chimpanzees and a number of hominins, including our own species.

According to the scientists, the femur comparisons suggest that S. tchadensis moved around on two feet, not only on the ground but also in the treetops of Western Africa. Moreover, the comparisons of the ulnae show that the species’ multi-terrain bipedalism coincided with other forms of movement, including quadrupedal tree-climbing aided by a strong grip.

“Taken together,” the scientists conclude in their analysis, “these findings suggest that hominins were already bipeds at around seven [million years ago] but also suggest that arboreal clambering was probably a significant part of their locomotor repertoire.”