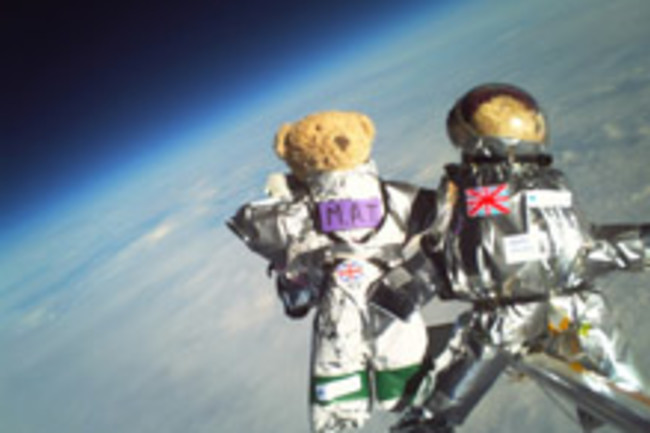 For the past three decades, the U.K.’s space policy has been in favor of sending robots into space, but not humans. And certainly not bears—of the living variety, that is. Last Thursday, a group of British school children tweaked that policy a bit when they sent teddy bears into space. The project was part of the Cambridge University Spaceflight program, which worked with 11- and 12-year-olds from nearby schools to encourage science education. Not to get too technical, this is how the teddy bears made it into space. First, the students had to design space suits for the bears, so they could withstand the extreme temperatures and pressure present in near space. On the day of the launch, the space team gathered at Churchill College with four space-suited teddy bears. The bears were placed in a foam box filled with instruments and cameras. When the conditions were just right, the “teddy-nauts” were launched into space with a helium balloon. The bears rose 100,000 feet in the air and stayed there for two hours and nine minutes. Thanks to a GPS system attached to the bears, the children were able to recover the space-traveling teddy bears north of Ipswich.