Bold Experiments Will Put General Relativity to the Test

Powerful telescopes and huge gravitational wave detectors will test a theory that one man worked out a century ago with a pencil and paper. 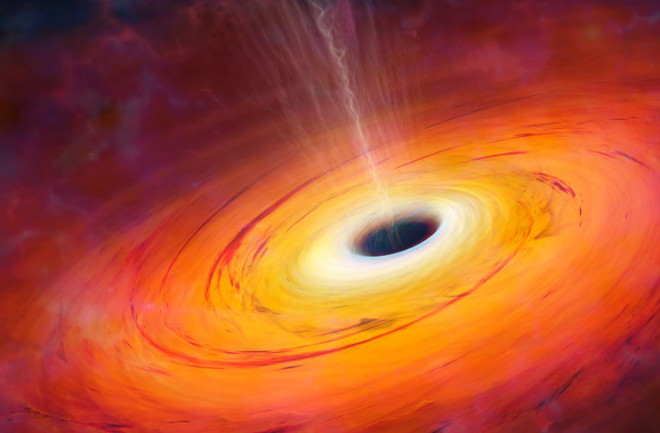 Sign up for our email newsletter for the latest science news
The Green Bank Telescope in West Virginia. | Peter Bassett/Science Source

Albert Einstein’s general theory of relativity remade gravity and solved problems that Newton’s theory couldn’t. It’s passed each of the dozens of experimental tests devised since its debut in 1915. But physicists have barely gotten started.

“We’ve only been playing around in Newton’s world so far,” says Neil Cornish, a physicist at Montana State University. That will soon change, though, as several bold experiments enabled by telescopes of unprecedented reach — and in some cases by entirely new ways to gather data — are poised to study how gravity behaves around some of the universe’s most extreme objects.

“This is where general relativity really gets going,” says Cornish. Powerful telescopes are already looking for minute hiccups in the whirring of stellar corpses called pulsars. A global effort will soon photograph, for the first time, a black hole. And huge gravitational wave detectors will scan thousands of galaxies for tiny ripples in the cosmic fabric of space-time.

Each of these experiments — some of the most ambitious ever conceived — will test a theory that one man worked out a century ago with pencil and paper. Yet most physicists are still betting on that one man.

With today’s advanced instruments, astronomers can for the first time search the universe’s gravitational extremes for relativity’s possible breaking point. New telescopes and detectors are helping astronomers look far beyond the solar system, where nearly all tests so far have occurred. They aim to detect how gravity behaves in the highly warped regions of space-time near superdense collapsed stars called pulsars. These extreme objects advertise their presence with intense beams of radiation, sweeping through the sky like cosmic lighthouses, with a regularity rivaling Earth’s best clocks. They’re so tightly packed that a pulsar the mass of our sun would be compressed to a sphere with a diameter about the length of Manhattan.

One of the more famous general relativity tests to date involved a pair of pulsars, technically named PSR B1913+16 but better known as the Hulse-Taylor binary pulsar (after Russell Hulse and Joseph Taylor, who won the 1993 Nobel Prize in Physics for its discovery). Einstein predicted that as dense objects like pulsars orbit each other, they should create ripples in space-time, similar to ripples in a lake. Called gravitational waves, these undulations are so tiny that one passing through Earth would jostle us by far less than the diameter of a proton. Over time, however, the outgoing gravitational waves would deplete a binary system’s energy, causing the objects to spiral in toward each other. Over a 30-year study period, the Hulse-Taylor pulsars spiraled toward one another at exactly the rate Einstein predicted.

Ever since Hulse and Taylor stumbled upon their pulsars in 1974, astronomers have turned up thousands more throughout the galaxy. One of these recently discovered pulsars, with a highly unusual orbit involving two other stars known as white dwarfs, can now help physicists test a different prediction of general relativity. Scott Ransom and his colleagues at the National Radio Astronomy Observatory are using the Green Bank Telescope in West Virginia to track the rotation of this odd pulsar, designated PSR J0337+1715. The system’s unique geometry will allow the scientists to examine general relativity’s strong equivalence principle, which states that gravity accelerates all objects at the same rate, regardless of their density.

When a star collapses into an ultradense object like a pulsar or black hole, some of its matter turns into what’s called gravitational binding energy. (Part of an ordinary star or white dwarf also exists as this energy, but a much smaller fraction.) Einstein’s theory predicts that such energy should experience the same gravitational attraction as matter, meaning that Ransom’s pulsar and the white dwarf orbiting near it would be drawn toward the system’s third star at the same rate. If, by contrast, the rates were to vary, the pulsar’s orbit would be distorted, and Ransom and his colleagues could use the timing of the pulses to detect this distortion. In this way, the researchers expect to test whether the strong equivalence principle holds. The results will be 20 times — possibly 100 times or more — more precise than ever before.

Ransom expects the results by mid-2015, but he isn’t betting against Einstein. “In all likelihood, general relativity will pass this as well,” he says. “But we’ll never find what, if anything, is wrong with relativity unless we keep trying.

While pulsars are certainly compact objects, the true gravitational heavyweights are black holes. Dimitrios Psaltis, an astrophysicist at the University of Arizona, is helping to test what may be general relativity’s most extreme prediction: that large-enough stars will eventually collapse under their own gravity to form these infinitely dense objects. Despite decades of data implying the existence of black holes, all the evidence is circumstantial, based on observations of their effects on light or other objects, Psaltis says. Black holes themselves have yet to be directly observed.

Seeing is believing, so Psaltis and his colleagues hope to take a direct photo of Sagittarius A*, the monstrous black hole that astronomers suspect lurks at the center of our galaxy. To do this, the researchers will use the Event Horizon Telescope (EHT) — a combination of more than 10 radio telescopes and telescope arrays scattered across the planet — which should be able to see all the way to the edge of Sagittarius A*, some 26,000 light-years away. Psaltis and his colleagues suspect the black hole will cast a circular shadow amid a radio-wave background.

In addition to proving that black holes exist, Psaltis says the EHT should also confirm or challenge another key tenet of relativity, the no-hair theorem. The eminent theoretical physicist John Archibald Wheeler quipped that “black holes have no hair,” meaning they’re all identical except for three key distinguishing characteristics: mass, rotation and a vanishingly small electric charge. Any “hair” — essentially, any specific information about what goes into the black hole, like an object’s chemical composition or molecular structure, or even just shape and size — is lost forever within the black hole’s event horizon.

With the EHT, Psaltis and his team plan to study the size and shape of the shadow that Sagittarius A* casts. General relativity’s no-hair theorem predicts an almost perfectly circular shadow; modifications to general relativity in which black holes retain their hair could yield an ellipsoidal one. Also hoping to probe the theorem, University of Florida physicist Clifford Will suggested a test to track how ordinary stars near Sagittarius A* move, and Norbert Wex and Michael Kramer at the Max Planck Institute for Radio Astronomy in Germany hope to do the same with one or more pulsars, though they first need to find one that is close enough. Black hole hair would change how such objects orbit near the hole, and these changes could be detectable by telescopes that will come online within the next decade.

“If we do find that the no-hair theorem is not satisfied, that would really be a major blow to the theory, or to black holes,” says Psaltis. It would be a surprise, he acknowledges, but sooner or later, something unexpected has to show up. “And in gravity, like in most places in physics, whenever we open a window on somewhere we’ve never looked, we always find a surprise.”

Finally, one set of experiments will probe relativity not by collecting and analyzing light from cosmological bodies, but by looking at gravity itself. The Laser Interferometer Gravitational-Wave Observatory (LIGO) and a companion experiment named Virgo will search out those cosmic ripples, or gravitational waves, emanating from galaxies hundreds of millions of light-years away.

In the observatories’ giant L-shaped facilities, lasers shine down several-mile-long tunnels and bounce back and forth between mirrors and into detectors. The observatories are so exquisitely tuned that they can sense the slight push and pull of gravitational waves — one-thousandth a proton’s width of difference — on the mirrors. These tiny tugs will create telltale patterns as the detectors collect the laser light. Physicists can then analyze the data for clues about the far-off events that set the undulations in motion.

LIGO has operated detectors in Livingston, La., and Hanford, Wash., since 2002; the Virgo detectors in Cascina, Italy, took data in a network with LIGO detectors in 2007 and in 2009-2010. None of these efforts detected a gravitational wave — a disappointing, but not unexpected, result. Both the Livingston and Hanford observatories are now wrapping up major overhauls that will allow them to scan 1,000 times more space than before. By 2018, they should be sensitive enough to detect gravitational waves originating from tens of thousands, if not hundreds of thousands, of galaxies, according to physicist and LIGO spokeswoman Gabriela Gonzalez.

Data from these waves will test Einstein’s predictions about how fast black holes spin and exactly what happens when they smash into neutron stars and into each other. These events will be dramatic: In terms of energy, two merging black holes should “outshine every star in every galaxy in the universe in their final moments,” says Montana State’s Cornish, who studies how to make sense of the data that will soon pour in from LIGO, Virgo and other gravitational wave experiments. Unexpected signals in the data could force revisions to the theory, Gonzalez says, but she adds, “I don’t expect we will prove relativity wrong.”

Einstein never really doubted general relativity. When asked about the possibility of an early test disproving his theory, he responded, “Then I would feel sorry for the dear Lord. The theory is correct anyway.” Most of today’s physicists agree, based on its track record. “Personally, I would not be surprised if general relativity survives all of these things,” says the University of Florida’s Will.

If relativity does succumb, it would be exciting, but the exhilaration would be bittersweet. Physicists would have to part with one of their most beautiful theories — one that provides extraordinarily deep insight into the universe from a remarkably economical set of starting assumptions, says Cornish. “It really is an incredibly elegant theory.”

[This article originally appeared in print as "Defying Gravity."]