The modern-day thinkers of Babylonia. 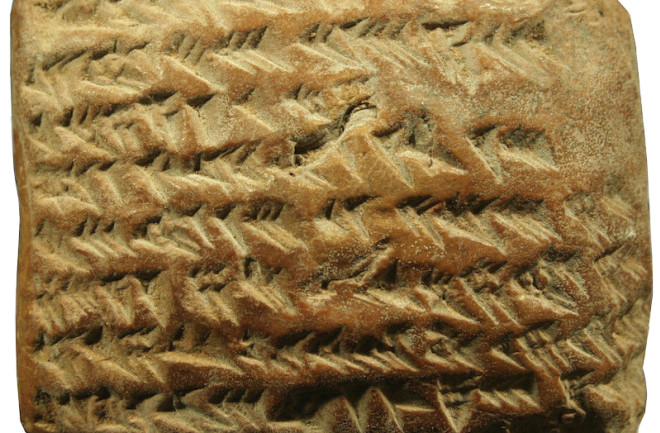 Trustees of the British Museum/Mathieu Ossendrijver

In ancient Babylon, planetary motion was thought to reveal weather patterns and market fluctuations. In the service of astrology, Babylonian priests wrote instructional texts on cuneiform tablets, many of which still survive. Almost all use arithmetic, but several make baffling references to trapezoids.

Mathieu Ossendrijver, a science historian at Humboldt University in Berlin, finally solved the mystery in a January Science paper. He found that the Babylonians were thinking in surprisingly modern ways.

The insight came from a previously unstudied tablet that Ossendrijver spotted in a stack of old photos from the British Museum. The tablet makes explicit mention of Jupiter, showing an arithmetical technique to predict the planet’s motion across the night sky as it appears to slow down. The numbers inscribed in the clay — which calculate the total distance traveled by the planet — matched those on the perplexing geometric tablets.

Ancient Babylonian priests divined a relationship between Jupiter’s motion and trapezoids, one which modern scientists only recently figured out. The observed distance Jupiter travels equals the area of the shape. | Trustees of the British Museum/Mathieu Ossendrijver

So what do trapezoids have to do with Jupiter? Charting the planet’s apparent velocity in the sky over 60 days, its slowdown forms a downward-slanting line. Combined with the chart’s vertical axes, that makes a right-angled trapezoid. The trapezoid’s area then equals the distance Jupiter has traveled.

Calculating area was nothing special for Babylonians, who used geometry to partition land, but these computations “deal with figures in a more abstract mathematical space,” says Ossendrijver. “Nothing comparable has been found in any other ancient culture.” In fact, the technique anticipates both integral calculus and the use of graphs, pillars of modern science and valuable tools in weather and market prediction.