For the last century and a half, body temperature has been dropping. Lower metabolic rates, thanks to improved public health, may be behind the decrease. 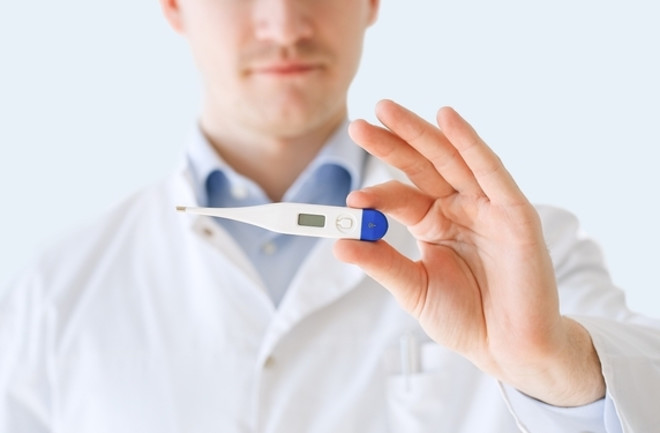 There are a few things everyone knows, right? No two snowflakes are exactly alike, groundhogs can’t really predict the weather and normal body temperature is 98.6 degrees Fahrenheit. The first two facts are pretty sound. But the last one may no longer be true.

Where did the 98.6 dogma come from in the first place? From Carl Reinhold August Wunderlich, that’s who. Wunderlich was a German physician and researcher who contributed a great deal to the science of thermometry. In 1868, he published a book detailing the results of a massive survey. For several years, he recorded over 1 million temperature readings from 25,000 patients. When he crunched the data, he found that the mean body temperature of healthy adults was — you guessed it — 98.6 degrees Fahrenheit. (The temperatures ranged from 97.2 degrees to 99.5 degrees.) He also noticed that women tend to run a bit warmer than men and that older people tend to have slightly lower temperatures than younger folks.

But recently, science has begun to cast doubt on that dogma. It’s not that Wunderlich’s results were inaccurate; it’s that body temperature has been dropping over the years. We are, it seems, cooling off.

In 2002, researchers looked at 20 studies from 1935 to 1999 and found that the mean body temperature was 97.5 degrees — just over a degree lower than Wunderlich’s findings. (This study also suggested that gender and circumstances of measurement needed to be taken into account when assessing body temperature, a point Wunderlich made as well.) In 2017, a study of more than 35,000 patients found similar results: Mean body temperature was 97.9. Recently, researchers at Stanford University School of Medicine decided to see if these lower temperatures represented a true pattern or if they reflected measurement errors.

The team looked at more than 600,000 body temperature measurements taken over a span of roughly 150 years, examining data from 24,000 U.S. Civil War veterans in the from the years 1862 to 1930; readings from 15,000 people from the National Health and Nutrition Examination Survey (NHANES) study, from 1971 to 1975; and 150,000 people enrolled in the Stanford Translational Research Integrated Database Environment (STRIDE) from 2007 to 2017. The results, published in the journal eLife in 2020, confirmed that over the past century and a half, the average body temperature has indeed dropped to 97.5 degrees — more than a degree lower than it was in 1860. This finding held, even when researchers allowed for changes in thermometry methods and technologies.

No one knows exactly what accounts for the decrease, but the authors of the 2020 study suggest that it could be caused by a lower metabolic rate — a measure of how hard your body works to take care of the day-to-day business of staying alive. They point to improved standards of living and sanitation that have led to fewer infections, such as malaria and tuberculosis. For example, the study mentions that in the mid-19th century (when Wunderlich was taking all those temperatures), 2 to 3 percent of the population were living with active tuberculosis. The authors also mention a decrease in chronic infections from war injuries, improved dental hygiene, and of course, the advent of antibiotics. In short — we’re healthier now. And because of that, our bodies can crank down the heat a bit.

Speaking of fiddling with the heat, being able to keep our homes and buildings in a comfortable range of temperatures may also have had an effect. Our bodies don’t have to work as hard to stay warm or cool, and that, too, may have helped lower the metabolic rate, the authors say.

So Do I Have a Fever or Not?

The trend is clear: On average, body temperature is decreasing. But many things, such as time of day, gender and age affect body temperature, making it impossible to pinpoint an exact number and call it “normal.” This isn’t news to scientists or clinicians. Even Carl Wunderlich knew this. But it can make things difficult for people who are monitoring their temperatures to scan for COVID-19.

Aimalohi Ahonkhai, an infectious disease scientist and clinician at Vanderbilt University Institute for Global Health, says patients should keep in mind that temperature is just one piece of information a physician takes into consideration when evaluating a patient. “I’m more concerned with how people are feeling,” she says. “If you have data about what your temperature has been, your doctor can interpret that in the context of your symptoms.” In other words, if you think you have COVID-19, tell your doctor everything — all your symptoms and what your temperature has been. But don’t stress over the number on the thermometer. There’s no one number that means a fever, and there never has been. If you’re way warmer than what’s typical for you, let your doctor know. But if you’re cooler than you expected, that may just be the new normal.