More evidence that asteroids may have led to the emergence of life on earth. 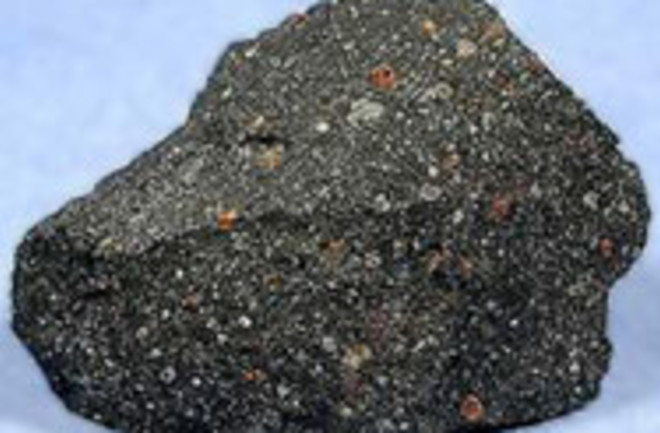 In June astrobiologists announced [pdf] they had found a key component of genetic material within a meteorite. The discovery supports the idea that asteroid bombardment four billion years ago may have jump-started the emergence of life.

Zita Martins of Imperial College London and her colleagues identified the organic molecules in the 4.6-billion-year-old Mur­chison meteorite, a carbon-rich rock that fell to Earth in Australia in 1969. Earlier researchers had detected subunits of DNA and RNA, called nucleobases, in the meteor­ite. But nobody could be sure whether the nucleobases were extraterrestrial or were simply soil contaminants.

Martins found the answer by extracting two molecules from the meteorite: uracil, a nucleobase found in RNA, and xanthine, an intermediate in the synthesis of DNA and RNA. She then compared the ratio of the two isotopes of carbon (carbon 13 and carbon 12) in them and found that the heavier carbon 13 predominated and matched the ratio found in carbon-containing chemicals created in space. By contrast, soil samples from the meteorite’s fall site contained uracil with more carbon 12.

“This is the first time anybody has proved that nucleobases in a meteorite are extraterrestrial,” Martins says. The results imply that prebiotic chemistry may be bubbling up in other parts of the cosmos too. “Meteorites and comets bombarded other planets,” Martins says. “So it means that the building blocks of life were delivered to other points in our solar system. If these building blocks were synthesized in space, they could be widespread throughout the universe.”