5 of the World’s Most Fascinating Cave Paintings

The oldest known cave art in the world dates back tens of thousands of years, sharing a glimpse of a prehistoric world as our ancestors saw it. 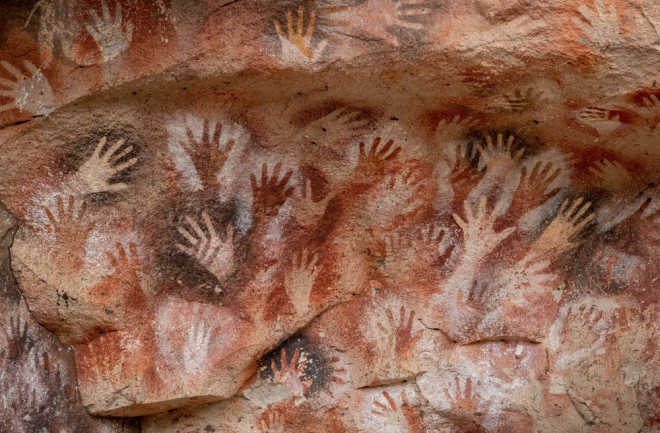 Cave paintings can tell us a lot about the people who painted them. For starters, they indicate that a particular culture made time for art. They also tell us that these people valued art as well as the particular objects, scenes or concepts depicted within their works.

Ultimately, cave art isn’t just about marks on rock, but it offers a freeze frame from the prehistoric world that these ancient humans inhabited. Here are some of the most memorable finds.

Researchers think that a pig painting found in the Leang Tedongnge cave on Indonesia’s Sulawesi island is an example of some of the oldest cave drawings ever made by ancient humans.

A January 2021 study published in the journal Science Advances describes “two figurative cave paintings of Sulawesi warty pigs” that are thought to be the earliest example of ancient cave art from anatomically modern humans. The paintings were likely made around 44,000 years ago on the large island east of Borneo.

Imagine the world that would have existed outside of an Iberian cave 64,000 years ago, when these depictions were first painted. It was an environment filled with ancient megafauna like saber-toothed cats, cave bears and woolly mammoths. Inside the cave, by the light of a torch and with no art supplies, Neanderthals depicted their world, now located in modern Spain.

We’ve long thought of Neanderthals as less than human — not as smart or sophisticated. But this ancient Iberian cave art tells us otherwise. A February 2018 study published in the journal Nature describes “various animals, linear signs, geometric shapes, hand stencils, and handprints,” which all show that Neanderthals, like early Homo sapiens used symbolic art and signs to depict daily life in a Paleolithic world.

The art predates the arrival of modern humans to Europe by 20,000 years and, if accurate, is older than any cave art ever known.

The Lascaux cave paintings are some of the most recognizable cave art. They were found in the Dordogne region of France in 1940 by four teenagers. The art, which is thought to have been made around 20,000 years ago, shows animals that would have been native to the area at the time, including a wild red cow and horses.

The paintings are part of thousands of intricate images that have been found since in this location and nearby caves. Perhaps the most famous of them is an intricate black bull housed in one of the cave’s chambers. The paintings are evidence of early human consciousness and they hint at what these animals meant to human survival at the time.

It’s called the “Cave of Hands” which makes sense when you consider that the cave art shows hundreds of stenciled hands and other scenes estimated to have appeared up to 9,000 years ago in prehistoric Argentina. They were made using mineral pigments ground and mixed to form white, red, orange and black pigment.

We know that the cave was last inhabited around 1,300 years ago by the ancient Tehuelche people of Patagonia. The paintings are mostly left hands because ancient humans used hollow bones, held in their right hands, to spray and stencil mineral paint onto the cave wall. Other art found in the cave shows hunter gatherer communities in pursuit of prey, most commonly guanaco, a type of llama found in the area.

The Chauvet cave in Southern France dates back to around 30,000 B.C. It’s extensive, with halls measuring 430-yards long and darkened chambers covered in art. The cave portrays what would have existed outside of its walls with a panel of lions, rhinoceros and mammoths. The cave also contains the fossil remains of cave bears, an enormous ancient species of bear that lived in Europe 24,000 years ago.

Just as we use art today to depict the world in which we live (both symbolically and figuratively), the same was true of ancient humans. The art is indicative of sophisticated hunter gatherers who had the time and consciousness to leave their artistic pursuits behind for us to unpack thousands of years later.