Chemist Percy Julian isn’t a household name, but he should be. 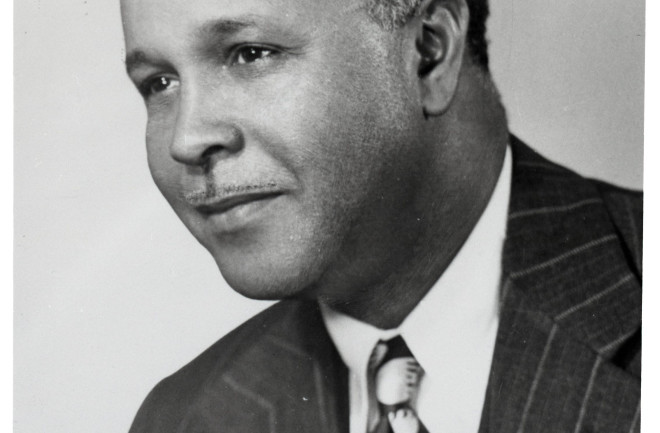 A grandson of former slaves, Percy Julian grew up during segregation, when most Black Americans stopped attending school in the eighth grade. After fighting to overcome poverty and discrimination, he went on to become a world-class scientist and entrepreneur.

Why Is Percy Julian Important to History?

A prolific and successful inventor, Julian obtained more than 130 patents over the course of his career. His pioneering work in the field of chemical synthesis led to the production of hormones and steroids.

Time and again, he found new ways to create important medicinal products from available plant sources like soybeans, making them easier to produce in large numbers. Julian received many awards and honors both in his lifetime and posthumously — including induction into the National Inventors Hall of Fame. (And, of course, being the subject of a Google doodle on his 115th birthday.)

Read More: 8 Amazing Black Scientists and How They Changed History

He even has an award named after him: The Percy L. Julian Award, given by the National Organization for the Professional Advancement of Black Chemists and Chemical Engineers.

Here are five things to know about the notable chemist and inventor Percy Julian:

1. He Had to Overcome Racism and Discrimination

After obtaining his master’s degree in chemistry from Harvard University in 1923, Julian was not offered a teaching assistantship (as would have been customary). This was largely because the administration didn’t believe white students would accept him as their teacher.

Following a series of research fellowships and teaching positions at predominantly Black universities, he went on to pursue a Ph.D. in Vienna, Austria, which he received in 1931. While in Vienna, for the first time, Julian wasn’t subject to the same racism he had encountered up throughout his life. He studied with renowned chemist Ernst Späth, known for his research in the field of alkaloids.

Späth was impressed with Julian’s work ethic, musical talent, ability to learn languages, and humor. Späth died penniless in the wake of World War II, and Julian both paid for his funeral and commissioned a bust in his honor.

Julian’s work in Vienna sparked his fascination with soybeans and the possibilities of what could be done with their properties. Frustrated with the racism in academia that prevented him from securing a professorship, Julian turned to private industry - but not before he found a way to synthesize physostigmine. It was the first medication that proved effective in treating glaucoma.

2. He Came Up With Many Clever Uses of Soybeans

In 1936, Percy Julian was hired by the Glidden Company, a supplier of soybean oil products, as their director of research; essentially, he was tasked with finding new products that could be made from soybeans.

One of his successes was the development of a process for using soybean protein in the creation of cold water paints. He also discovered that soy could make a superb fire-extinguishing foam. Dubbed Aer-O-foam, a blend of soy protein and water was turned into foam by an aerating nozzle. The substance was used by the U.S. Navy to fight oil and gasoline fires on ships during WWII.

But his most influential discovery at Gildden was a new, more cost-effective way to synthesize the female sex hormone progesterone. (At the time, it was used to help women prevent miscarriages.) When water accidentally leaked into a tank of purified soybean oil, Julian realized that the resulting white mass that formed was stigmasterol, a steroid derived from certain plants.

The process of synthesizing stigmasterol into progesterone was already known, but there was no way to produce it on a large scale. In the end, the accident in the tank led Julian to develop a way to mass-produce progesterone.

3. His Crowning Achievement Brought Cortisone to the People

Percy Julian is perhaps best known for synthesizing cortisone from soybeans. The hormone is commonly used to treat inflammation in joints and tendons. When the Mayo Clinic proclaimed that cortisone relieved symptoms of rheumatoid arthritis, demand suddenly increased.

Scientists had competed to find a way to produce it from scratch, but Julian found a way to synthesize it. Prior to his discovery, cortisone could only be made from the bile of slaughtered oxen. It took almost 15,000 oxen to produce enough cortisone for one patient’s treatment for a year, making the compound's price prohibitively high.

Following Julian’s discovery, cortisone became widely available, helping many people alleviate their pain. Other products that were developed because of his research led to hormone birth control and medications that were integral to preventing organ rejection following transplants.

4. He Started His Own Company

In 1953, Julian left Glidden and started his own company, Julian Laboratories, based in Chicago. Their main focus was producing synthetic cortisone.

At first, Julian continued using soybeans, but soon discovered that wild Mexican yams were even more effective. He then opened a second lab in Mexico to begin cultivating more yams. In 1961, he sold the company to pharmaceutical giant, Smith, Kline and French (SKF) for the vast amount of 2.3 million dollars. He had already been collaborating with SKF, and continued to do research with them after he sold them his company. The sale of Julian Labs made him one of the first Black millionaires in the U.S.

5. He Was a Role Model and Activist

Over time, and especially in the period after selling his company, Julian became more involved in civil rights. He had already been a mentor to many, having hired and trained dozens of young Black chemists.

But later in his life, Julian consciously took on a larger role in activism. In a 2007 Congressional resolution to honor chemist Percy Julian, many of his civil rights achievements were highlighted, like his involvement with the National Association for the Advancement of Colored People and the Southern Christian Leadership Conference, and the founding of the National Negro Business and Professional Committee for the Legal Defense Fund.

He was also involved with efforts to further integrative housing, an important cause at a time when there was much resistance to the idea of Black homeowners moving into predominantly white communities. This was a subject Julian was personally connected to, as his family’s house in Oak Park, Illinois, was firebombed in 1950 — right before they moved in. It was attacked again the following year.