5 Ancient Societies that Collapsed When the Water Ran Dry

From Mesa Verde to the Mayans, these ancient societies collapsed without water. 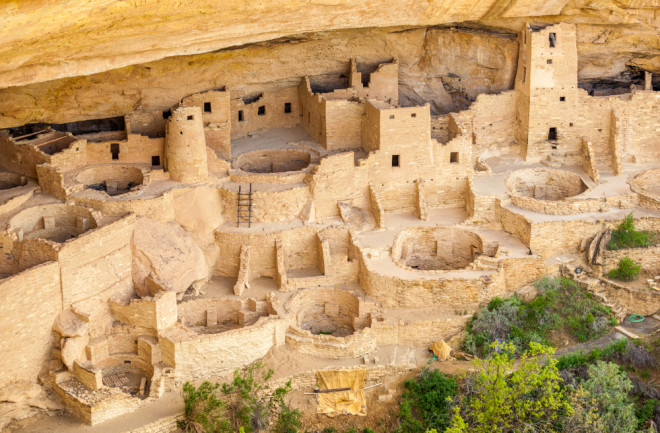 Climate change has forced a number of states across the nation to face growing water shortages. From California to Colorado and everywhere in between, droughts combined with growing populations are causing communities to worry about having enough water in the near future.

Countries across Africa, the Middle East and Asia are also particularly vulnerable to a growing drought crisis. But this isn’t the first time a lack of water has negatively impacted society. Throughout our history, societies have been built and then collapsed around water. These ancient societies fell when the water ran dry.

Mesa Verde was a bustling community of around 6,000 at its height — its people famously building multi-story sandstone and mortar structures tucked into the sides of cliffs. The ancestral Pueblo people that lived there hunted big game and feasted on beans and corn. But around A.D. 1277, a 23-year drought began to ravage the community and by A.D. 1300, the Pueblo people abandoned Mesa Verde.

According to Scott Ortman, an associate professor of anthropology at the University of Colorado, around 30 percent of the population lived on land where you couldn’t grow food due to the drought. Signs of a brutal conflict resulted and can be seen at various archeological sites — with decapitated bodies and skeletons mangled by war. “The drought caused pretty serious social strife, and the society basically blew up over it,” he says.

More On The Current Droughts

The Akkadian Empire is considered one of the first great empires. Centered around the city of Akkad, the empire stretched throughout the Middle East and lasted from 2350 – 2150 B.C. But according to a study published in Geology, drought caused its demise. “Archeological evidence has shown that this highly developed civilization collapsed abruptly, perhaps related to a shift to more arid conditions,” say the study authors.

The Mayan Empire grew out of the tropical lowlands of Mexico and Central America. They constructed dramatic stone structures and were skilled in the arts, agriculture and language. But by around 900 A.D., many of their great stone cities were abandoned. Researchers aren’t entirely sure what went wrong, but they think drought could have played a role.

According to Takeshi Inomata, a professor of anthropology at the University of Arizona, society was already struggling as a result of social problems, warfare and administrative issues. Still, impending water shortages at the time likely made matters worse. “The drought may have come at the worst time because society was already vulnerable,” he says.

Before its collapse in 1200 B.C., the eastern Mediterranean was home to a vibrant society centered around using bronze, which was stronger than other metals at that time. But according to a study published in PLOS One, researchers looking at radiocarbon dating in Syria and Cyprus found that the collapse of these sophisticated civilizations throughout Europe and the Middle East likely resulted partially from climatic shifts that caused water shortages. “This study shows that the Late Bronze Age crisis coincided with the onset of a 300-year drought event 3200 years ago. This climate shift caused crop failures, death and famine,” write the authors.

The Tang Dynasty, which lasted from A.D. 618 to 906, was considered a golden age for arts and culture in ancient China and a period of growth throughout the region. Known for peace and prosperity, this dynasty also saw the extension of overland trade with Syria and Rome via the Silk Road. But according to research from the National Science Foundation, extreme drought may have partially led to the decline of these dynasties due to poor grain harvests caused by a lack of water. “The researchers discovered that periods of weak summer monsoons coincided with the last years of the Tang, Yuan and Ming dynasties, which are known to have been times of popular unrest.”

The collapse of society is often caused by several factors that come together with unfortunate timing. These once bustling societies are a good reminder that civilization is fragile and the impact of climate change has often been enough to topple what once seemed invincible.