Microblogging has captured the world's attention. But it can do as much harm as good. 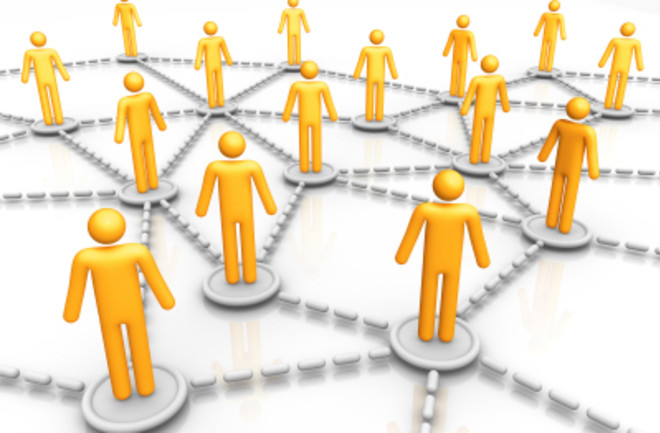 Like no social media platform since Facebook, Twitter—a "microblogging" service people can use to broadcast 140-character messages—has captured the fascination of the worldwide media, the public, and even the rarefied world of celebrities. While the number of actual twitterers remains relatively small—roughly 14 million users, compared to Facebook's 200 million—the site's growth has been phenomenal, with user numbers going up 1,382 percent in 2008, way above Facebook's paltry 228 percent rise. Something about the way the service works—its immediacy, spontaneity, the ability to broadcast your musings into cyberspace while walking down the street—has charmed people into spilling all manner of thoughts and observations—quotidian, profound, and idiotic—through Twitter messages, or "tweets."

As a result, the site has become a petri dish for human behavior, capturing everything from celebrity antics to acts of heroism to inane blunders that result in lawsuits, job losses, and even political coups. Here are the best and worst examples of Twitter behavior in the past few months.

5) Despite reports that social networks like Twitter and Facebook can improve productivity on the job, they also provide plenty of opportunities to embarrass your employer, not to mention yourself. And when an imprudent tweet is seen by the wrong eyes, it could mean losing a job before you've even started. Earlier this month, a new hire at Cisco, identified only by his Twitter name "theconnor," tweeted the following upon receiving the good news:

"Cisco just offered me a job! Now I have to weigh the utility of a fatty paycheck against the daily commute to San Jose and hating the work."

Cisco management, and the rest of the Internet, took no time in discovering the message, and the sorry tweeter—mockingly dubbed "Cisco Fatty"—was soon lampooned in tweets, Web sites, and even videos. His story has become the "dooced" of Twitter—a cautionary tale for tweet-happy employees worldwide.

4) Celebrities have been quick to embrace Twitter, attracting thousands of followers interested in the (often mundane; even boring) thoughts and lives of the stars. Of course, this means plenty of opportunity for actors and singers to let their personalities run rampant without the filter of various handlers. So far, the most notorious celebrity Twitter-foul belongs to Courtney Love, who has been sued by fashion designer Dawn Simorangkir for defamation based on Love's tweets and other Internet rants. After commissioning clothes from Simorangkir’s Boudoir Queen clothing line, Love became enraged when she was sent a bill for the clothes. When Simorangkir suspended her work for Love, the singer launched a full Twitter assault against the designer, accusing her of being a "nasty, lying, hosebag thief" who had committed "assault and burglary." According to the complaint, Love also threatened Simorangkir, saying, "oi vey don't f--k with my wardrobe or you will end up in a circle of corched earth hunted til your dead."

Here's a slightly more cogent example, in which Love accuses her rival of theft:

"wwd. someone who will NEVER grace your pages the felonious Dawn/Boudoir Queen witnessed stealing 2 MASSIVE army bags out of the chat at 4am"

3) Large corporations have been quick to get into the Twitter act, repurposing it for marketing and public relations. However, the freedom and lack of constraints on the platform can create messy situations for companies and brands trying to tame Twitter for their own gain. Take the Mars Corporation, which owns Skittles. The marketing department thought it was being pretty smart when, as part of a publicity campaign, it redirected its homepage to a Twitter search of any tweets that contain the word "skittles." Unfortunately for the company, Internet-savvy comedian Baratunde Thurston used the opportunity to tweet some less-than-flattering remarks about the product, which then appeared on the homepage. Here's one of the less raunchy examples:

"#skittles got stuck in my mouth while I was driving, forced me to slam into orphanage, killing hundreds. i'll never eat them again"

2) Bosses aren't the only ones catching imprudent tweets: Clients can see them, too—and hold them against you. James Andrews, a vice president at a public relations and marketing agency, managed to alienate a good chunk of the employees of one of his largest clients with a single tweet. During a trip to FedEx headquarters in Memphis—where, ironically, he was scheduled to give a presentation on digital media—he tweeted the following:

"True confession but I'm in one of those towns where I scratch my head and say ‘I would die if I had to live here!'"

The tweet was soon picked up by blogs, where it was seen by FedEx employees and management. Andrews was flamed across the blogosphere, and he issued an apology, as did his employer. FedEx, for its part, issued a formal statement accepting the apology.

1) Politics and social media have been quick and easy bedfellows, with the presidential election solidifying the importance of the Internet in campaigning and serving in office. And while Democrats won the social media race (as well as the election) in 2008, members of both parties have flooded the Twitter waves in the past few months. At present, more than 120 members of Congress are using the microblogging service, while major Republican players like Newt Gingrich and Karl Rove are gaining popularity on the site. Unsurprisingly, all this political-insider tweeting can lead to sticky situations, and an errant tweet can have significant blowback, as Virginia pol Jeff Frederick found out this winter. While the Democrats controlled the Virginia State Senate, Democratic senator Ralph Northam agreed to switch sides in February, a move that would have shifted the balance of power toward the Republicans. Frederick, chairman of the state Republican Party, brought it all down with this tweet, posted on February 10:

"Big news coming out of Senate: Apparently one dem is either switching or leaving the dem caucus. Negotiations for power sharing underway."

Given that the Internet is ubiquitous in state senators' offices, the Democrats soon saw his tweet, prompting the majority leader to adjourn the session and the remaining Democratic senators to rally around the defecting senator, effectively forcing him to change his mind.

5) You can Twitter from land, you can Twitter from sea—so why not from space? Astronaut Mike Massimino hasn't yet gotten to try tweeting while in orbit, but he is posting details about the last weeks of his training for the fifth and final shuttle million to service the Hubble Telescope, scheduled to launch on May 12, 2009. A veteran space traveler, Massimino has thus far offered tidbits like "getting ready to fly home in a T-38, I feel a need for speed!" and "in a simulator practicing for the first spacewalk on my mission." If he starts tweeting about the cooking in space, then we'll really be impressed.

4) Just as celebrities have jumped on the Twitter train, so have their impostors. And with no clear way of authenticating tweets, Twitterers are often misled into believing the faux Lindsay Lohan or Britney Spears. Some celebrities, like Shaquille O'Neal, have taken steps to prove that their Twitter feeds are authentic. But good parodies are thick. One of the most successful frauds thus far is "CWalken," a popular feed that suggested it was (though never formally claimed to be) written by the actor. After it was publicly revealed as a fake, the account was removed by Twitter administrators. But its popularity stemmed from the charming eccentricity of tweets, which fans thought could come right from the idiosyncratic star. For example:

"I do my best thinking in a barber's chair. Sadly I do my worst remembering there too. Sure, I could take some notes but who does that?"

3) While Twitter execs may not have pinned down a way to make money from the site, some of its users certainly have. Gary Vaynerchuk, a 33-year-old Belarusian-born wine retailer from New Jersey who tweets under the name "Garyvee" gained over 160,000 followers with his wine tips and advice for a sea of frustrated entrepreneurs. HarperStudio, a tech-savvy division of HarperCollins, noticed, and offered Vaynerchuk a seven-figure, 10-book deal. Here's an example of a typical Garyvee tweet:

"So you want more ad revenue for your blog? ( after 12 emails in a row) GO AND TAKE IT! cold call, hustle, get in the trenches"

2) Could Twitter be dangerous? The U.S. military has considered the question, with good reason. Just as Google Earth could theoretically be used to plan and carry out attacks, so can Twitter and other social networks provide a means for terrorists to coordinate and communicate during an attack. Last year’s Mumbai attacks made this all too evident, with the hijackers using the Internet to monitor the police response. Of course, it works the other way as well: During an emergency, Twitter can be a valuable source of information for those caught in it. Case in point: Hurricane Gustav, which battered New Orleans last September, provided an opportunity for Twitter to shine. The Red Cross was tweeting up a, er, storm, sending information about evacuation routes and available shelter to around 1,200 followers. Families were also able to contact loved ones and find out if they were safe. Here's one example from a Louisiana resident:

"The power of Gustav is incredible.....it blew the window completely out of jimbo's house......Danny's fence is simply gone - but all safe..."

1) In perhaps the biggest mark of Twitters pervasive influence, Democratic candidate-turned-President-Elect-turned-President Obama has maintained a flow of tweets since the presidential race began. Once Obama took office, the presidential feed has offered not-so-regular tweets offering information on the inauguration and soliciting questions about the economy for whitehouse.gov. Perhaps the most momentous tweet ever sent was on November 5th of 2008: