Pushback to new inventions and advancements has happened for centuries. Why haven't we learned our lesson? 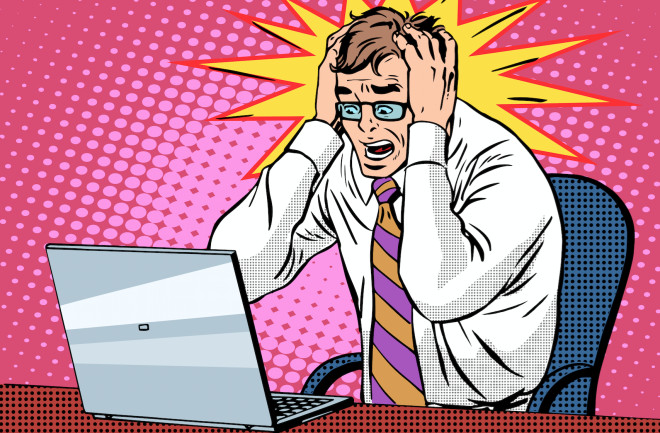 When the bicycle began to rise in popularity in the 1890s, many folks were wary of the harm this relatively new piece of transportation technology might wreak on society. Some tried to link the bicycle with an increase in cases of insanity, especially in women. Physicians also wrote about so-called “bicycle face,” characterized by dark shadows under the eyes and a weary expression, warning female cyclers that such an activity was dangerous to their health.

Today, it's hard to imagine anyone getting worked up over a bicycle, but humans still resist technological progress.

Consider some of the things we worry about now — robots taking our jobs, EMP attacks bringing society to a halt, 5G networks harming us in some insidious way. It's a tendency that humans have had for centuries. But fear of new technologies goes beyond the tech itself, challenging our sense of stability and cultural norms.

Where Did It Start?

Throughout the ages, people have feared everything from forks to the printing press. We got a name for folks like this in the 19th century, when an organization of English mill workers known as Luddites began smashing textile machinery as a form of protest. The Luddites themselves weren’t particularly anti-technology, but the name nevertheless became something of an insult, shorthand for a backward person fearful of advances in technology. In fact, that fear is a normal response deeply ingrained in humans.

“We're hardwired to fear the unusual rather than the normal,” says Ed Day, a sociologist at Chapman University in Orange, California. “That's kind of an evolutionary thing.” In other words, it’s generally normal to be wary of things we aren’t familiar with. And Day says that the fear of change tends to work in tandem with another underlying cause — the desire to be in control of whatever situation we’re in.

Take driving, for example. Even though over 36,000 people died in traffic crashes last year in the U.S., driving remains a primary mode of transportation for many Americans. Statistically, you’re much more likely to die in a car accident than a plane or train crash — but that doesn’t stop most people from getting behind the wheel.

“Even though [driving] is a highly dangerous activity, we are controlling the automobile, and that's what alleviates the fear,” Day says. Regardless of how well we’re driving, feeling like we’re in control of the situation helps put the mind at ease.

So, if a new technology comes in and threatens to challenge the norms you’re accustomed to, it might trigger a fear that you’ll no longer be in control of your situation.

How Scared Are We?

For the past six years, Day has helped conduct the Chapman University Survey on American Fears, which collects data on what people across the U.S. are most afraid of — from clowns to climate change. In 2015, three of the top five fears reported by participants were cyber terrorism, government data-tracking and corporate data-tracking. Overall, the survey found that technology-related fears were the second most prominent category in a random sample of 1,541 adults.

What people are scared of today, Day says, isn’t often new gadgets or devices. "Technology itself isn't what people fear — and maybe we shouldn't be thinking of that as much as a fear, [but rather] what its effects are," Day says. The perceived negative effects that technology will have on society is more what keeps us up at night.

Of course, the types of fears people have do vary based on factors such as age. The 2019 Chapman survey showed that people got older, they were generally more likely to state that they were afraid or very afraid of technology they didn't understand. Separate studies have also reported on the prominence of technophobia in elderly adults, highlighting a problem that impacts older generations rather than younger ones.

Younger people, Day says, have been shown to be more afraid of specific events, such as robots replacing them in the workplace. And fear of large-scale, catastrophic events has been rising in prominence over the years.

Fear on the Rise

Day and colleagues noted another trend as well — Americans are checking off more fears every time they take the survey. So, even though technology-related fears may have moved further down the ranking list in 2019, they haven’t faded completely.

“It's not that people are less afraid of technology, it's that they got more afraid of everything else,” Day says.

In the 2019 Chapman survey, country-wide or global catastrophes, such as water pollution and global warming, rose to the top. Government-related fears have also risen to the top since the Trump administration took office in 2016 (in 2019, the number one fear of all survey participants was corrupt government officials).

Ironically, technology itself may be contributing to a rise in fear as well, Day says. Cell phones and computers allow us constant access to an increasingly digital world, and seemingly infinite amounts of information right at our fingertips. The threats we sense from the information we take in — whether real or perceived — can have an effect on our mental health.

"We look at these things that we're afraid of, even if they're very unlikely, and it can affect our lives more than the things that we actually have to deal with today," Day says.