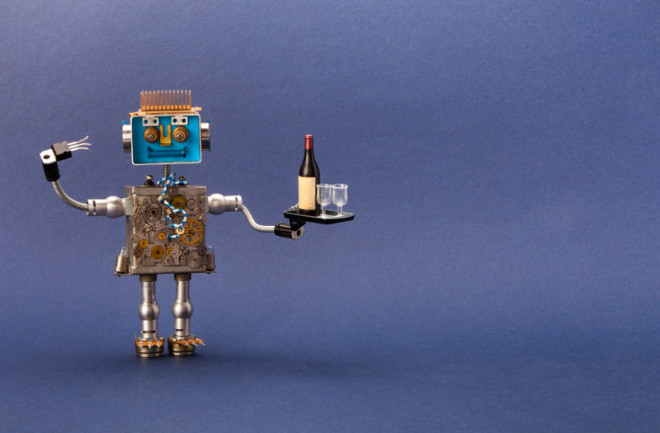 As many offices and factory floors sit empty during the pandemic, the picture of these human-free facilities makes it easy to imagine those spaces filling up with robotic replacements.

If that were to happen, it's not clear when: Some reports claim that up to half of all jobs in the U.S. are at risk of being automated, and the pivot might come in just a few years or decades from now. But when thinking about the risks of increasing automation, some researchers think there should be less of a focus on what jobs are lost — and more emphasis placed on what happens to those who aren't prepared for the change.

Which Jobs Are at the Highest Risk?

Which jobs different experts think might soon be occupied by robotics depends heavily on their research strategy. For example, some assessments of whether a job might become automated rely on fairly rigid definitions of a profession. One iconic study, which came out in 2013, estimated that 47 percent of all U.S. employment was at risk of becoming automated. To get this value, the researchers scanned a range of jobs, assumed everyone with that title performed roughly the same tasks, and then estimated how many of those core responsibilities could become automated.

But to Ulrich Zierahn and his colleagues, this kind of research blurs the line between someone’s title and what they actually accomplish day to day. Zierahan, an economist at Utrecht University in the Netherlands, says that just because people have the same occupation label doesn’t mean they do the same things as other people with that title. Research has pointed out these discrepancies in the past. One study, for example, found that women will generally take on more interpersonal tasks relating to their job compared to men, who shoulder more of the analytics-based work. These differences could even help explain why two jobs with identical titles pay differently depending on the employer.

So Zierahn and his team studied the potential for jobs to become automated while accounting for the wide range of responsibilities someone might have. When looking at individual employees, “they all deviate from the 'standard' job description,” Zierahn says, “but all in different ways — they don’t aggregate.” On top of that, the unique tasks people accomplish within their jobs are typically hard to hand over to software. With these factors considered, the team found that about 9 percent of U.S. jobs are at risk of becoming automated.

One job that some researchers consider likely to become automated? Accounting. A fair number of core tasks in the profession can be done by computers, like filling out forms, following prompts and doing math. But the job also asks some employees to negotiate or guide other people through their work, Zierahn says, so maybe the profession isn’t as susceptible to software as some might think.

Of course, there are still some jobs that, even per Zierahn and his team’s analysis, stand a chance of becoming automated. Their research didn’t outline which specific jobs fall into this category, but the most at-risk professions are characterized by repeated, identical tasks that follow a set of instructions, Zierahn says.

Among economists and academics, there’s a growing understanding that the more education someone has, the better chance they have of keeping a job when automation comes into their workplace. More education generally leads to workplace adaptability. Picking up and incorporating new facets of their job — such as ones that aren’t yet automated — is generally easier for workers with lots of education. For employees trained to do only a specific task, automation is a larger threat. To stay employed, people in those positions then have to develop an entirely new set of skills.

Those workers with highly specific training are the ones Zierahn worries about most. If companies decide to replace roles with software or robotics, those employees might have to search, or even entirely re-educate themselves, for a new line of work. “It’s costly to find a new job, and if you don’t immediately find a new one, you might have permanent income losses,” Zierahn says.

If increasing automation allows some people to adapt — and potentially move into higher-level, better-paying roles — while others are forced to find new jobs, it could force the wage gap to grow. To some economists, this is the primary concern about rising automation. “This comes at a harsh cost for those who have to make those job transitions,” Zierahn says. He and others have concluded that one way to push against this outcome is to invest in higher education for more people. That way, a higher percentage of the workforce could easily pivot if software takes over part of their work.

Even relieving the fear of job loss to automation could help people in other areas of their lives. In a study co-authored by Pankaj Patel, a business researcher at Villanova University, researchers found that anxiety about losing work to automation among U.S. employees was associated with poorer health. This result held even when the team accounted for factors like total household income, which Patel considers a reasonably proxy for socioeconomic status.

For a sense of which and how many jobs are at risk, the team relied on the research that concluded nearly half of U.S. jobs might soon become automated. But whether or not those jobs actually become automated is somewhat beside the point, the authors point out. Perceived risk is important, too.

“The actual and felt threats from automation may not immediately manifest into morbidities,” they write, “but the increasing prevalence of poorer self-reported health and feelings of deteriorating physical and mental health can have a direct and lasting impact on individuals, families, and communities.”

These effects that might come from job automation — from increased stress to lost income — mean that it might be worth focusing on more than just which occupations disappear. "The highlight isn’t that we run out of work," Zierahn says, "but that inequality is likely to rise, and people will be left behind."