The Pope to His Priests: Why Aren't You Blogging? 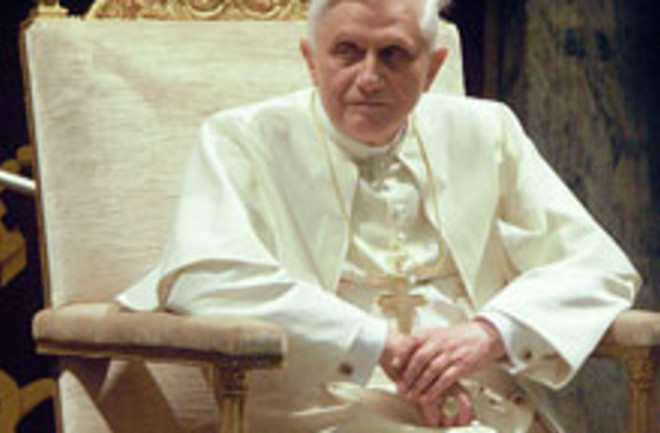 Go where the flock goes: That seems to be the new message from the Vatican last Saturday, when Pope Benedict XVI sent a message instructing his priests to adopt a "new media mindset." The pope encouraged his priests to use all the digital tools at their disposal to preach the Gospel, version 2.0. Expect to see more priests online engaging in dialogue with the faithful, and maybe even a priestly Facebook page or two. The Washington Post reports:

The Vatican has tried hard to keep up to speed with the rapidly changing field. Last year it opened a YouTube channel as well as a portal dedicated to the pope. The Pope2You site gives news on the pontiff's trips and speeches and features a Facebook application that allows users to send postcards with photos of Benedict and excerpts from his messages to their friends.

Monsignor Claudio Maria Celli, who heads the Vatican's social communications office, said the Pope's words aim to encourage the use of social media. But according to The Washington Post, he clarified to reporters:

"That doesn't mean that (every priest) must open a blog or a Web site. It means that the church and the faithful must engage in this ministry in a digital world. At some point, a balance will be found."

Engaging with followers online may be the Vatican's new mantra, but they could also pick up a few tips from some Hindu temples that have moved their gods online--offering online prayer services and "viewings" for almost a decade now. And we were recently reminded that on Plough Monday, some Anglican churches bless technological gadgets, the successors to the farm implements of old. Related Content: DISCOVER: How to Teach Science to the Pope 80beats: Vatican to E.T.: Hello, Brother 80beats:During Africa Visit, Pope Knocks Condoms for HIV Prevention Discoblog: Holy Crops! Pope Backs Genetically Modified Foods Discoblog: Vatican Science: Pope Blames Male Infertility on…the Pill