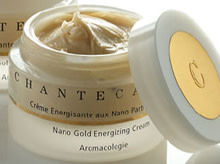 Federal research on the emerging field of nanotechnology has failed to adequately address health, safety, and environmental concerns, according to a critical new report from the National Research Council. With more than 600 products that use nanotech materials already on the market, the lag in research creates a risk to consumers, and could also fuel a "nanophobia" in which people assume that every product that uses the new technology is harmful.

David Rejeski, director of the Project on Emerging Nanotechnologies ... said the report echoed calls by industry and congressional leaders for a revamped research plan for nanotechnology. "The administration's delay has hurt investor and consumer confidence," Rejeski said in a statement. "It has gambled with public health and safety" [Reuters].

Nanomaterials are engineered on the scale of a billionth of a meter, perhaps 1/10,000 the width of a human hair. They are turning up in a range of items including consumer products like toothpaste and tennis rackets and industrial products like degreasers or adhesives [The New York Times].

Engineered nanoparticles can also be found in sunscreens, cosmetics, and the fabric used in "nano-pants" that resist stains. But research on the potential hazards posed by nanomaterials hasn't kept up with the market, the report argues. Concerns have been raised regarding the products' effects on consumers, workers who manufacture them, and the environment. Critics have asked

whether extremely fine particles released into the air could damage the lungs. Could drugs that include nano-materials induce allergies, build up in the liver, combine with other molecules to produce toxins or simply inactivate bodily structures such as enzymes and thus cause disease? [San Francisco Chronicle].

While business groups praised the report and agreed that more health and safety research is necessary, they have argued in the past that concerns over nanotech are overblown. In the cosmetic arena, some have argued that nanoparticles in a cream that is slathered on the skin can't get into the bloodstream.

“It’s very difficult to get anything through the skin,” said John Bailey, the executive vice president for science of the Personal Care Products Council, an industry trade group in Washington. “The skin is a very effective barrier.” Indeed, some nanotechnology researchers said it was illogical to assume that a nano-size component inherently carries greater risk than a larger component. Furthermore, some say cosmetics may contain molecules like a silicone fluid called cyclopentasiloxane that are even smaller than nanomaterials [The New York Times].