Paper-Thin Nanotube Speakers Can Turn Up the Volume 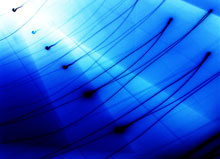 Next-generation loudspeakers could be as thin as paper, as clear as glass, and as stretchable as rubber. Chinese researchers have discovered that sheets of carbon nanotubes can amplify sound as loud as conventional speakers can. These nanotube speakers could eventually be used to add audio capabilities to windows, video screens, and clothing.

"It is so wonderfully simple, that it brings up a strong wave of 'Duh, why didn't I think of that!'," says physical chemist Howard Schmidt at Rice University [Nature News].

The researchers made the speaker by aligning carbon nanotubes, each about 10 nanometers in diameters, into thin flexible sheets. When they applied an electric current with an audio frequency to the sheets, the sheets broadcast the sounds loud and clear. The researcher describe their device in

The physics behind the nanotube speakers is different from that of conventional speakers.

it generates sound much as lightning produces thunder. When an electric current is applied to the nanotubes, they heat and expand the air near them, creating sound waves. "The difference is that thunder is not a controlled discharge. With carbon nanotubes, you can control the sound and play music," [researcher Kaili] Jiang says [Nature News]. The phenomenon is known as the thermoacoustic effect. The thermally induced pressure oscillations can heat the speakers up to

80 °C but the researchers say temperatures slightly above room temperature would be adequate for consumer applications.

The basic idea of using the thermoacoustic effect to make speakers isn't new. In the late 19th century, researchers built a "thermophone" out of thin sheets of metal, but it could only produce a whisper of a sound. The new nanotube speakers can produce sounds 20 to 30 decibels louder than the thermophone, thanks to the low heat capacity of the nanotubes. "A key parameter that determines the sound generation efficiency is the heat capacity per unit area," [explains Jiang]

. Put simply, that's a measure of how much heat energy must be applied to a material to raise its temperature. The heat capacity per unit area of a carbon nanotube sheet is 260 times smaller than that of a platinum foil sheet [New Scientist].