Get Your Steampunk On: This Guy's Building a Computer From 1837 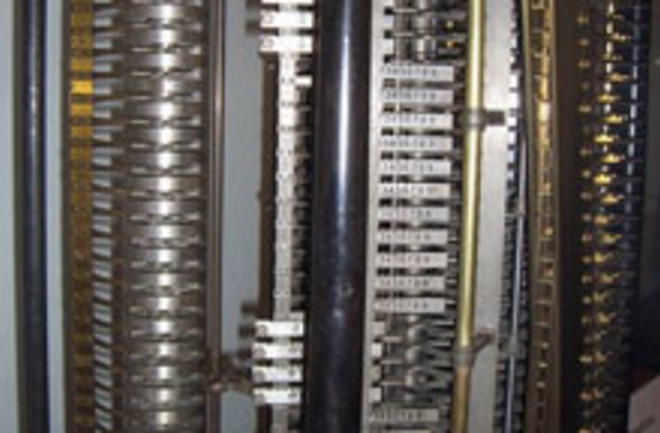 What would you do with a spare $640,000? John Graham-Cunning would build a steam-powered computer invented in the 1830s. And instead of waiting around for this mysterious spare money to show up, he's started soliciting donations. The plan: Raise the money by January 2011, build the analytical engine from Charles Babbage's original design, then donate the machine to a museum. Graham-Cunning knows this idea sounds crazy, but it won't deter him, as he wrote in an article for the O'Reilly Radar:

It might seem a folly to want to build a gigantic, relatively puny computer at great expense 170 years after its invention. But the message of a completed Analytical Engine is very clear: it's possible to be 100 years ahead of your own time.

If the analytical engine had been built when Babbage thought it up, it would have satisfied all the requirements for a computer, Graham-Cunning told The Telegraph

"What you realize when you read Babbage's papers is that this was the first real computer. It had expandable memory, a CPU, microcode, a printer, a plotter and was programmable with punch cards. It was the size of a small lorry and powered by steam but it was recognizable as a computer."

But the designs were never built, and the world had to wait more than 100 years for the invention of mechanical computers in the 1940s. The analytic engine was designed to replace "computers"--people who wrote out mathematical tables--which would also have been the first example of a person's job being replaced by a computer. Graham-Cumming explained the machine to The Independent

"The big difference between it and machines which came 100 years later was that the programme was stored externally, in punch cards," explained Mr Graham-Cumming. "It is basically a giant number-crunching machine–which is effectively what modern computers are today, it's just that those numbers appear to us as words or images on a screen."

And while it sounds like it shouldn't be that hard to recreate something from the 1800s, there are plenty of confounding factors complicating this project, including the fact that a working model has never been built, says Gizmodo

Babbage may've passed away in 1871, but more than a hundred years later and his computer (which would have run on punched cards containing the programs) still hasn't ever been fully built. In 1910 his son built part of it, which was able to calculate an incorrect list of pi multiples—but it wasn't programmable. And who needs a computer than calculates false numbers?

Oh, also, there are no firm set of plans with which to build one from, so they are going to have to go through all of Babbage's documents to figure out a working design. The plan is to test the designs on a (modern) computer before going through the building process. When it is fully built, the machine will be about the size of a small steam locomotive, and will be powered by steam. If the project hadn't been scrapped

, imagine how Victorian society would have changed

, and how much more evolved technology would be today. We might even have had flying cars by now! Frig! Related content: 80beats: Steam-Powered Car Breaks a Century-Old Speed Record

DISCOVER: A Look at the World's First Computer