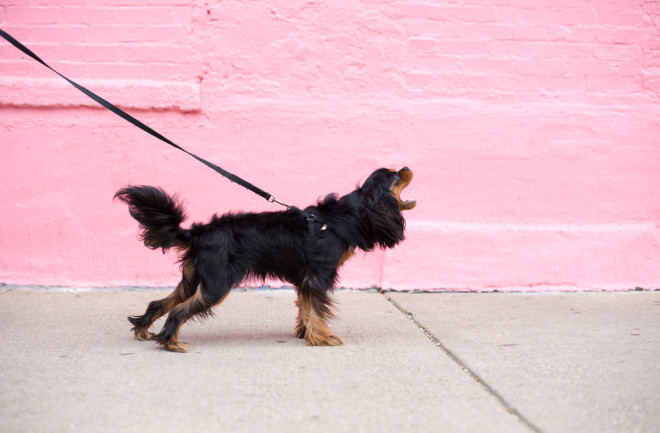 When I was about 12 years old, I was standing in my family’s screened-in porch with our Border Collie, Nibbles, when a neighbor approached. He smiled, asked if my mother was home and then pushed open the screen door. Nibbles went wild — barking, snapping and throwing his full body against the back door.

The neighbor rushed down the stairs and left our property. I had never seen Nibbles act so aggressively. Later that summer, the neighbor was arrested and then convicted on 10 counts of child molestation. Nibbles had sensed something sinister in our neighbor and sought to protect his family.

Dogs sometimes don’t like certain people, and their owners can't explain why. But scientists are increasingly learning more about dog behavior and cognition. Since 2005, scientists have studied dogs more intensely, and they’ve gained greater insight as to how dogs collect information to determine when someone is growl-worthy.

When I stood on that screened-in porch and watched my neighbor approach, I was primarily relying on visual cues. Nibbles, meanwhile, was sniffing out the situation.

A dog’s sense of smell is profoundly more sensitive than humans. Whereas humans have about five to six million smell receptors, dogs have 220 million — some breeds have 300 million. Dogs can detect scents that humans won’t notice until it is 50 times concentrated. In some instances, a scent needs to be concentrated 100 times before a human can detect it.

Studies using magnetic resonance imaging (MRIs) have identified that dogs do not have a large frontal lobe like humans. Instead, they have a massive olfactory bulb that takes up 10 percent of their brains.

Since a dog’s sense of smell is 10,000 to sometimes 100,000 times better than ours, dogs can not only smell things humans can’t register, but they also apply more meaning to the scents they sniff. Whereas humans tend to notice smells that are either good or bad, dogs collect and store information about all sorts of odors.

In some instances, odors create an association for dogs. In The Other End of the Leash, an applied animal behaviorist described a dog she worked with who welcomed some visitors, but bit others. She interviewed the client to determine what the bite victims had in common. They didn’t see any patterns in terms of not liking specific people (i.e. fear of tall men), but they could see a similarity in smell among the bite victims. All had eaten pizza before visiting the house, and the dog could still smell it hours later.

As a puppy, a pizza delivery person kicked the dog, which made a strong association with pizza smells and danger. The dog went into defense mode and attacked the person. Knowing about the association enabled the behaviorist to recondition the dog to associate pizza smells not with kicks, but with good things — like getting to taste a few bites.

Smelling faint scents and forming associations is one way dogs might not like a person. Research also shows that dogs can smell different human emotions through changes to chemosignals, such as adrenaline, sweat and body odor. And when it comes to their humans, they can determine if fear produced sweat.

In a 2018 study in Animal Cognition, researchers collected sweat from pet parents as they watched either comedy or horror films. They randomly assigned the dogs (all Labrador or golden retrievers) exposure to the scents of fear, happiness or a control that had no associated chemosignal. They found that dogs exposed to the fear scent were more focused on their owners and more likely to show a stress response.

Other studies have found that dogs have the ability to sense changes seen within a fight-or-flight response, including changes to facial expressions, as well as gestures. Studies have found that service dogs can assist veterans with post-traumatic stress disorder (PTSD). Dogs can provide a distraction after they sense the slight changes their person exhibits when they experience intrusive thoughts.

So what set Nibbles off in the summer of 1990? I remember thinking it was odd the neighbor came to our backdoor. It was weird how he went up our stairs and tried to open the screen door. He had never been a guest in our house, and I didn’t invite him in.

I also distinctly remember the neighbor reaching forward and over his head to push open the door, which might have produced a fear response in me. Nibbles reacted accordingly, and the neighbor went rushing back the way he came.