No wonder dogs are man's best friend. A study finds that dogs and their owners often develop similar personalities. 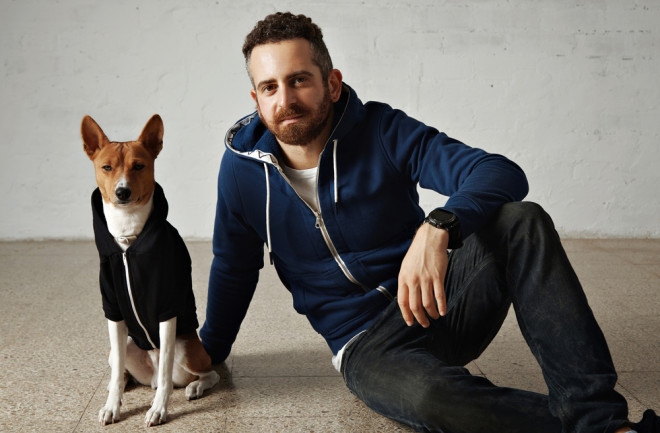 You may have heard that dogs and their owners really do look alike. Now, new research has shown that owners and their pups often share personality traits, too.

A paper, published in the Journal of Research in Personality, says a dog’s personality reflects the personality of its owner. It also explains that dogs experience personality changes similar to how humans do over the course of their lives.

Two researchers from Michigan State University surveyed the owners of 1,600 dogs, covering 50 different breeds. The canines were split closely between males and females, and their ages spanned from puppies to adult dogs. The owners answered questions about themselves, as well as questions about their pets’ personalities and behavioral history. The survey revealed that dog personalities aren’t set in stone. Rather, dog personalities change as they grow older and are influenced by their lifestyles and experiences.

“Just like humans, dogs vary in their personalities. And they can potentially change over time. The dog you take home from the shelter isn’t the same dog you’ll have 10 years from now,” said William Chopik, a psychology researcher and lead author.

Your pup’s personality is responsible for more than just how they behave at the dog park, too. The researchers say it can predict important life outcomes, such as biting behavior and chronic disease risk.

After parsing the data, the researchers found an interesting tidbit: dog and owner personalities often mirror each other. Active and outgoing people tended to have canine companions that behaved similarly. Dogs that were anxious or aggressive had owners that possessed more negative personality traits.

Chopik says people probably pick dogs that match their lifestyles, or that shared lifestyles can cause dog and human personalities to meld over time. Owners projecting their personalities onto their dogs may seem like a plausible explanation. But previous work cited by the study explains that friends or relatives often describe a dog’s personality similar to how the owner does. So, owner bias probably doesn’t explain why dogs often act like their owners.

If you think back to elementary school, you might remember encountering class clowns, bullies, and and shy kids. The same personality dynamics are at play in pup school, and they can impact learning. Owners reported that dogs with specific traits are easier to train than others. For instance, excitable and happy dogs are easier to train, while fearful and anxious dogs are more challenging. Age was also strongly correlated with trainability. Puppyhood to middle age is prime for training. After that, dogs become a bit set in their ways.

“It’s extremely hard to train a puppy. You have a hard time maintaining their attention. But as they age, it gets easier and easier,” Chopik said. “But after age six, it doesn’t become easier. It becomes harder. The first half of a dog’s life is really important if you want to expose them to training.”

Just as personality has been linked to disease risk in humans, some traits seem to help lower a dog’s risk of chronic illness, especially age-related conditions. Dogs that are more active and excitable are less likely to develop chronic illnesses like hip dysplasia, blindness, deafness and arthritis.

“Activity and excitability are probably correlated with BMI, and there’s a lot of weight-related complications if your dog is overweight … it puts strain on their body, and that’s probably a bad thing,” Chopik said, who added that male dogs also have a higher disease risk.

Chopik said the study was unable to spot any meaningful findings related to breed. While more than 50 breeds participated in the study, some dog breeds were far more popular than others. That made it difficult to match traits to breeds. But that doesn’t mean that breed isn’t a factor in a dog’s personality.

A recent study found that dog behavioral tendencies are distinct and are rooted in their DNA. Chopik’s study, however, found that purebred dogs were less fearful and aggressive. Female dogs and dogs that were spayed/neutered were also less likely to display fearful and aggressive traits. Unfortunately, though, dogs that are prone to these traits will rarely completely outgrow them, the study found.

But, no matter the dog, Chopik said obedience classes and training can go a long way toward helping a dog’s personality blossom.

“We found that dogs that were exposed to some training or obedience classes were less aggressive, less fearful and more active, excitable and responsive to training,” he said.

For most dog lovers, this study maybe validates what they’ve known all along: that dogs are complex creatures that share a unique bond with their owners. Next, the team hopes to expand on this work by digging deeper into the different life events that can transform a dog’s personality.