Which Dinosaur Is the Biggest Ever Found?

To say these dinosaurs were ‘big’ is an understatement. 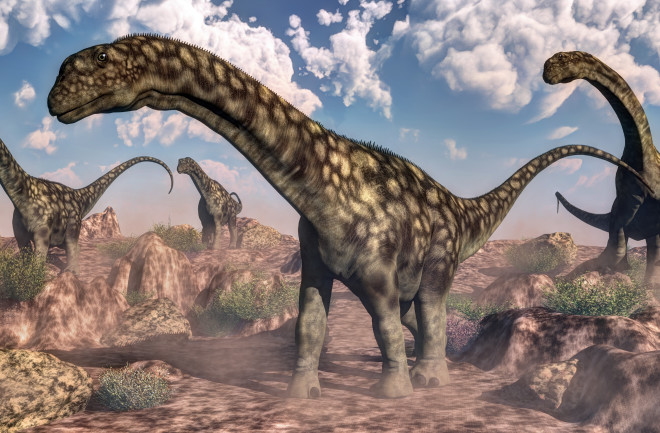 The sheer size of some dinosaurs has captured our imagination from the very beginning. And since that time, paleontologists have engaged in more than a little of the “my dinosaur is bigger than yours” contest. The question is how big the biggest ones really got.

For a time, the title-holder seemed to be a long-necked dinosaur called Amphicoelias fragillimus. In life, the dinosaur might have stretched over 200 feet long, making it almost twice the length of the closest contenders. The trouble is that the bone used to name this dinosaur was lost long ago, and more recent analyses have shrunk the size estimates.

This is actually something of a common problem among the biggest of the big. They were so huge that they weren’t buried quickly — and, therefore, much of their bodies decayed. The largest dinosaurs are often known from scraps or partial skeletons, and sometimes these pieces go missing.

But there’s no shortage of sauropods lining up for a crack at the superlative. At present, the race seems neck-and-neck between Argentinosaurus and Patagotitan. Both are estimated to have been over 100 feet long and weighed in excess of 90 tons. And both are known from incomplete material that doesn’t entirely overlap. They’re right in the same ballpark, with the winner decided by pounds and inches.

There’s always the possibility that an even larger giant will emerge. But, for the moment, the error bars will have to remain on any aspiring claimant to the “Biggest Dinosaur Ever” title.