Everything Worth Knowing About ... Dinosaurs

How to identify one in the wild. (Hey, it could happen.) 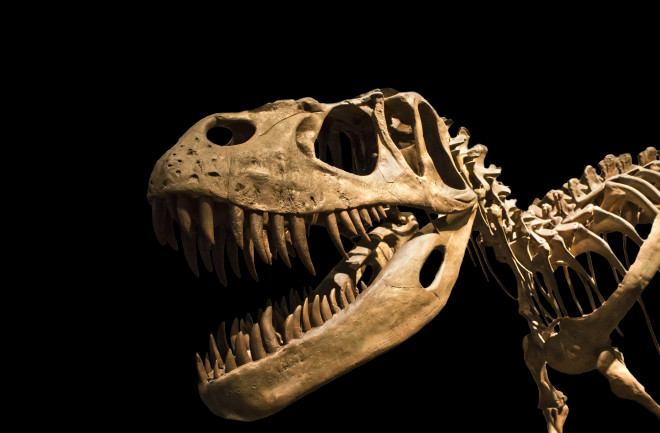 How well do you know your dinos? We asked paleontologist Scott Persons, who teaches dinosaur evolution at the University of Alberta, to give us a whirlwind tour of the real Mesozoic World.

Dinosauria: All About the Base

The earliest, or basal, dinosaurs evolved from archosaurs, a branch off the reptile line, more than 230 million years ago — but exactly when remains a question. These dino-pioneers, such as Herrerasaurus, were “fleet-footed carnivores,” Persons says, thanks in part to an evolutionary advance in hip joints: Unlike the sprawling, reptilian stance of other archosaurs, dinosaurs had an erect posture, with their legs under their bodies.

The first major divide on the dinosaur family tree was between the saurischians and the ornithischians — the word means “bird-hipped,” but these animals have nothing to do with birds. The term refers instead to the position of the pubis, a pelvic bone: In basal dinosaurs and those on the saurischian (“lizard-hipped”) line, the pubis points forward. But in ornithischians, it points toward the tail, as in modern birds (which evolved a reverse pubis millions of years later).

“Ornithischian dinosaurs were all herbivores,” explains Persons. “Breaking down cellulose to extract the energy is very hard to do. Swinging the pubis backwards is the Darwinian equivalent of loosening your belt at Thanksgiving dinner. It gives you more room to digest.”

Ornithischians also evolved a predentary, or beak, which helped them crop off pieces of vegetation. They were a diverse bunch, including the rhinolike ceratopsians and bipedal duck-billed dinosaurs such as Parasaurolophus.

On the Saurischian side of the family tree, sauropodomorphs represent “the second megadynasty of dinosaur vegetarians,” Persons says. Instead of enhancing their digestive capacity by reversing a key pelvic bone, sauropodomorphs just got big. Very big.

“The bigger you are, the more energy you need, but the less energy you need relative to size,” Persons says. “The most voracious carnivore, for example, is the shrew, making many kills each night. Lions do not have nearly the same energy requirements relative to the little guys.”

Earlier, sometimes bipedal sauropodomorphs called prosauropods, such as Plateosaurus, were large for their time. But they had nothing on the later sauropods. There’s some disagreement about which was the biggest, but some members, such as the diplodocids, were more than 100 feet long. Once the classic sauropod body type evolved — small head, long neck, huge body and long tail — it remained fairly consistent.

Their name, theropoda, means “beast feet,” but these dinosaurs are arguably more famous for their chompers: Most theropods were carnivorous. Evolution took the basic blueprint of the earliest dinosaurs, such as Herrarasaurus (sometimes classified as an early theropod), and refined it in countless ways. Toothy theropods included the small scavenger Coelophysis, apex predators such as Dilophosaurus and Allosaurus and the largest theropod of them all, semi-aquatic Spinosaurus.

Within the diverse theropoda, one branch, the coelurosaurs, would evolve into our most familiar dinosaurs.

“Coelurosaurs started out as the small critters running around the feet of the sauropods, fearing for their lives,” Persons says. “They had one thing going for them: They were very fast. With long legs, a complex ankle and a stiff spine, they were built for speed. Because they were successful, they got bigger.”

Those bigger coelurosaurs included the tyrannosaurs (starring, yes, the king of them all, T. rex). Another line of coelurosaurs adapted to arboreal living. “They had broad feathers on their limbs and tail, and glided from tree to tree, like flying squirrels,” says Persons. One branch of these gliding dino-squirrels led to scythe-clawed raptors, such as the coyote-sized Velociraptor; the other branch led, eventually, to roadrunners (and all other birds).

The Thing With Feathers

Wanna get a roomful of paleontologists arguing? Ask which dinosaurs had feathers. The topic is still heated, though most now agree that a primitive kind of feather — a simple hairlike structure that would have resembled bristles or fur rather than plumage — probably showed up very early in theropods. At first, the proto-feathers likely were a means of insulation, at least among the fast bipedal carnivores. Over time they evolved in complexity, coloration and size, eventually enabling flight in later coelurosaurs.

“Many reasonable paleontologists disagree on when feathers evolved, but it would be wrong not to show feathers on most theropods,” Persons says. “The likelihood for the presence of feathers is directly related to the size of an animal. Bigger animals are [more interested in] losing heat than staying warm — they don’t need insulation. The really big dinosaurs might not have had many feathers, but the small and young theropods absolutely had feathers.”

Feathers do, however, seem to be mostly a theropod trait. While there is limited evidence that some ornithischians may have had feathers, researchers have found no evidence of them on sauropodomorphs.

Of the myths that persist in the public consciousness, few are more vexing to paleontologists than when these animals are mistakenly identified as dinosaurs:

Mesozoic marine reptiles: Long-necked plesiosaurs and stockier, speedier pliosaurs, the Jaws of their day, make frequent guest appearances in Hollywood dinosaur movies. But they actually evolved from land reptiles that headed back to water more than 200 million years ago.

Pterosaurs: Like dinosaurs, these flying animals are archosaurs (so are crocodiles) and lived during the same timespan. Although there is some controversy about how they moved, paleontologists generally agree that pterosaurs had a semi-erect posture, distinctly more reptilian than the erect stance of dinosaurs.

Dimetrodon: The squat, sail-backed animal, which lived around 270 million to 295 million years ago, is perhaps the most frequent non-dinosaur to be misidentified. “Dimetrodon is actually very close to our ancestor,” says Persons. “It represents a point in time, before the dinosaurs, when our ancestors were ruling the world.”

Dimetrodon was a synapsid, sometimes called a proto-mammal or a mammal-like reptile. Synapsids were the largest land animals during the Permian Era but were hit hard by the mass extinction at the Permian-Triassic boundary, the largest “great dying” Earth has ever known. Their numbers dwindled, creating an ecological opening for archosaurs, and eventually dinosaurs. The synapsids that did survive were tiny, highly specialized insect-eaters; their descendants would evolve to one day rule the world, and write stories about dinosaurs in science magazines.

[This article originally appeared in print as "Dinosaurs."]