Volcanoes that are far from everything and everyone can still pose a real threat. 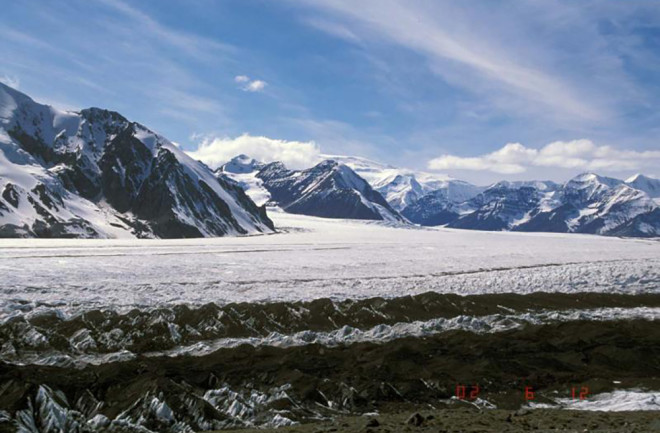 Our planet is big. In the past, I've talked about what volcano might be the most remote on the Earth. Turns out that it is likely Amsterdam Island in the Indian Ocean. It is over 2,100 miles (3,400 kilometers) from any populated continent and almost 2,000 miles (3,200 kilometers) from Antarctica. That is truly in the middle of nowhere.

How Remote Can We Get?

That being said, when you are a volcano in the middle of a giant ocean, it is easy to be remote. It got me wondering, what volcanoes are the most remote on any continent. It is trickier to define than the ocean question because you're on the mainland, so how do you "measure" remoteness. I decided on volcanoes with the fewest people within 60 miles (100 kilometers) from the volcano. Sure, that might mean that maybe there is a city just beyond there, but that doesn't ever tend to be the case because people are everywhere!

Using this metric, it might come as a surprise that there is really only one area on (mainland) Earth where fewer than 100 people live within 60 miles of a potentially active volcano. That place? Alaska.

As Lonely As Alaska

Thing is, they are on a peninsula sticks out into the lonely waters surrounding Alaska, so that is a little unfair. What might be ever better? The last candidate volcano is in Alaska, but not out on the peninsula. Instead it is in the Wrangell-St. Elias Range in the far eastern part of the state.

Map of the volcanoes of eastern Alaska in the Wrangell-St. Elias range. Credit: Alaska Volcano Observatory/USGS.

Churchill volcano has only 95 people living within 60 kilometers of the volcano. For almost anyplace on Earth with a potentially active volcano, that's remote. The terrane is rugged, there are "friendly" grizzly bears prowling the area, it is covered in snow and glaciers. People just don't coexist well with the type of landscape surrounding Churchill.

Thing is, even with it being so remote, this volcano has had a profound impact on a wide area of North America (and beyond). Two of the most explosive eruptions to happen on the planet in the past 2,000 years came from Churchill or its attached neighbor Bona. These eruptions, collectively known as the White River Ash (~60 CE and ~847 CE), spread over 7 cubic miles (30 cubic kilometers) of volcanic ash and debris across the landscape.

These twin VEI 6 eruptions sent ash across northern Canada and has been found in bogs in Europe. These two eruptions likely had a role in the history of Native Americans as well, sending them south from their traditional range into what is now the desert southwest.

So, even if a volcano is remote, it doesn't mean it can be ignored. Another White River Ash scale eruption today would disrupt air traffic across the planet as planes criss-cross the Arctic region to get from North America and Europe to Asia. If the winds were right, ash could spread into southern Canada and the United States as well. Luckily, the Alaska Volcano Observatory does have some seismometers to look for renewed life of the volcanoes in the Wrangell Range. That lonely volcano in Alaska could suddenly make itself feel like it is so remote anymore.