Bird flu infections are soaring thanks to a new variant of the influenza virus. 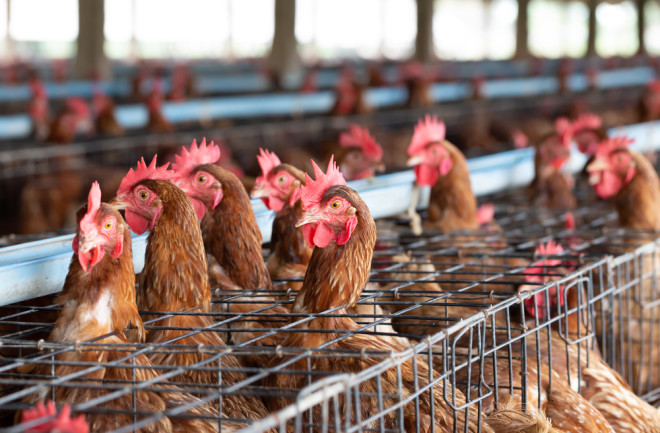 People aren’t the only ones facing a pandemic. In fact, avian influenza is currently afflicting flocks all around the world, with the prevalence of flu infections in birds flying past previous records in the U.S. in particular. So, what is avian influenza, and why, specifically, is it so severe this year?

What is Bird Flu?

Avian influenza, also known as avian flu, is a type of influenza infection from any one of several virus variants that naturally arise in birds. Identified in over 100 species of wild waterfowl from around the world, these variants typically target ducks, geese, gulls and swans, several species of which show no signs or symptoms of infection at all. That said, though these variants traditionally stay somewhat stable within wild populations, they occasionally transition to factory farms.

Usually restricted to the fall and spring seasons, these transitions tend to occur when wild birds move. In fact, migratory patterns are one of the foremost influences on avian influenza’s appearance in agricultural flocks. As wild birds fly to their seasonal territories, their virus-infused saliva and droppings can contaminate farm tools and feed down below, resulting in infections that tear through farms.

Factory farms are an ideal place for avian influenza to spread. Their populations are packed tightly together and are immunologically unprepared, resulting in a faster transmission of viruses and a reduced ability to fight them off once they arrive. As such, farmers have seen several flare-ups of the avian flu throughout the past century or so and have hatched their own strategies for containing infections, including the technique of culling, wherein all animals that could’ve come into contact with the virus are proactively slaughtered — whether they're infected or not. But farmers have never seen an outbreak of flu quite like this year’s, and their traditional containment strategies are showing little success in controlling the virus.

Since the start of 2022, around 100 million birds have died around the world due to the outbreak, thanks to the combination of actual cases as well as culling. Over 52 million of those deaths occurred in the U.S. alone, surpassing the country’s previous record of more than 50 million set in 2015. And the deaths are nowhere near done. While the disease used to dissipate during the off seasons, this year's cases are only continuing to accrue.

The question is, why?

Similar to any other virus, the virus that causes avian influenza is prone to mutating as its passes from bird to bird, whether wild or domesticated. And while some mutations result in variants that spread much more slowly and stimulate much milder symptoms, other strains see opposing influences over their transmissibility and severity. According to the Centers for Disease Control and Prevention (CDC), for instance, some of the “highly pathogenic” variants of the virus that are of most concern to farmers have morphed into something so severe that they can cause “mortality up to 90 percent to 100 percent in chickens.”

The strain that’s currently causing the most trouble is a version of the “highly pathogenic” H5N1 variant, and scientists speculate that mutations could be bolstering its ability to replicate itself, making it move more widely in the wild than any prior strain. This improved replication in the wild (where infections cannot be controlled by culling) could, in turn, be increasing spillovers into factory farms beyond their typical season. As such, some scientists worry that the outbreak will not subside any time soon, the repercussions of which could cause many more consequences than slashes in profits or spikes in poultry prices.

For instance, the continuation of the flu could cause serious trouble for conservationists, since this version of the virus afflicts many more types of bird than any other strain, and twice as many as the strain from 2015, including bald eagles and several other at-risk species. The current strain also shows an increased ability to transfer to mammals such as seals. On top of that, its constant circulation means that there are many more occasions for transitions to human populations to occur.

It's possible for people to fall prey to avian viruses, though that sort of spillover remains rare. Only around 880 infections from H5N1 influenza have been identified in humans in the past twenty years or so, with one infection arising in the U.S. since the start of the 2022 outbreak. Initial indicators of illness include fatigue, fever and a sore throat, if they appear at all, though the infections aren’t always mild, having a fatality rate of about 50 percent.

Some scientists think that the reason for the rarity of human infections is that the virus has a hard time attaching to human cells. However, they still caution that only a couple of minor mutations could make the influenza much more of a threat to people. According to the CDC, infections in humans appear after close, prolonged contact with contaminated animals and surfaces. Avoiding that sort of contact as much as possible, as a result, could not only protect against individual cases of avian influenza in humans, but could also prevent the virus from becoming better adapted to people in the future.