To find out why this beetle has a spiky penis, scientists shaved it with lasers 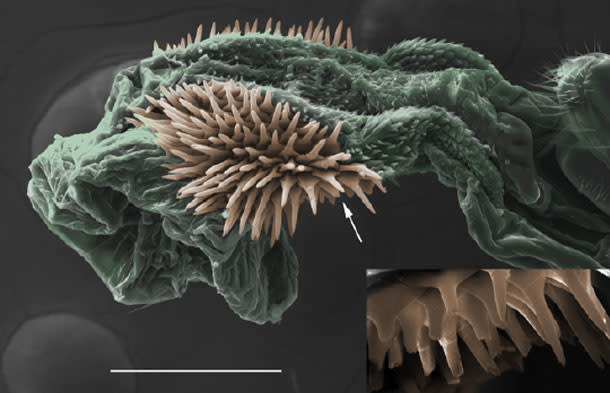 The thing in the photo above, I’m sad to say, is a penis. It belongs to the male seed beetle. And just in case you’re holding out hope that appearances are deceiving, I can assure you they are not. Those spikes are hard and sharp, and they inflict heavy injuries upon the female beetles during sex. Why would such a hellish organ evolve? This isn’t just about beetles. The animal kingdom is full of bafflingly-shaped penises adorned with spines, spikes, and convoluted twists and turns. In some animal groups, like certain flies, penis shape is the only clue that allows scientists to distinguish between closely related species. For a male, sex isn’t just about penetration. After he ejaculates inside a female, his sperm still have to make their way to her eggs to fertilise them and pass on his genes. If she mates with many suitors, her body becomes a battleground where the sperm of different males duke it out. Females can influence this competition by being choosy over mates, storing sperm in special pouches, or evolving their own convoluted genital passages. Males, meanwhile, have evolved their own tricks, including: guarding behaviour; self-castration; barbed sperm; chemical weapons in their sperm; mating plugs; ‘traumatic insemination’; and having lots of sperm. And spiky penises. That too. Goran Arnqvist from Uppsala University has been studying the seed beetle’s nightmarish penis for years, using it as a model for understanding the more general evolutionary pressures behind diverse animal genitals. In 2009, he and colleage Cosima Hotzy found that males with the longest spines fertilise the most eggs and father the most young. It wasn’t clear why. Maybe they help him to anchor himself to the female, or scrape out rival sperm. Or perhaps the fact that the spines actually puncture the female is important. Regardless, long spines seemed to give males the edge in their sperm competitions. But Hotzy and Arnqvist had only found a correlation, by comparing the penises of male seed beetles from around the world. To really test their ideas, they wanted to deliberately change the length of the spikes to see what effect that would have. They did that in two ways: they artificially bred males for several generations to have either longer or short spines; and they shaved them with a laser. (This marks the second time I’ve written about scientists who have given a laser Brazilian to insects.) Both techniques produced males with differently sized spines, but similarly sized bodies. The duo found that males with the shorter spines were indeed less likely to successfully fertilise the females. They also found clues as to why the males benefit from their long spines. Both short-spined and long-spined individuals mated with females for the same amount of time and ejaculated the same amount of sperm—that rules out the idea that the spines act as anchors for prolonging sex. Instead, Hotzy and Arnqvist found that the spines puncture or erode the female’s genital tract, allowing sperm to seep into her bloodstream. The duo labelled the sperm of their males with a mildly radioactive chemical so they could track its whereabouts in the female. They found that around 40 percent of the sperm ends up outside the female’s reproductive tract, in other parts of her body. And the longer the penis spines, the greater the leakage. Why does that help? The sperm obviously aren’t going to be fertilising any eggs in the female’s bloodstream. But seminal fluid contains more than sperm – it’s also a cocktail of other behaviour-bending chemicals. Some make the female more receptive to mating; others seem to induce egg-laying. For the seed beetle, as with many other insects, ejaculation is an act of manipulation as well as fertilisation. This explanation makes sense, but there are still gaps for Hotzy and Arnqvist to fill. Their females laid the same number of eggs whether they mated with long-spined or short-spined males, and were just as likely to mate again. So it’s entirely reasonable that the substances in the male’s sperm are affecting the female’s behaviour, and that the spines send these substances into her blood more effectively, but we still don’t know exactly what they do, or how the male benefits. It seems that Arnqvist isn’t done with his terrifying beetles yet. 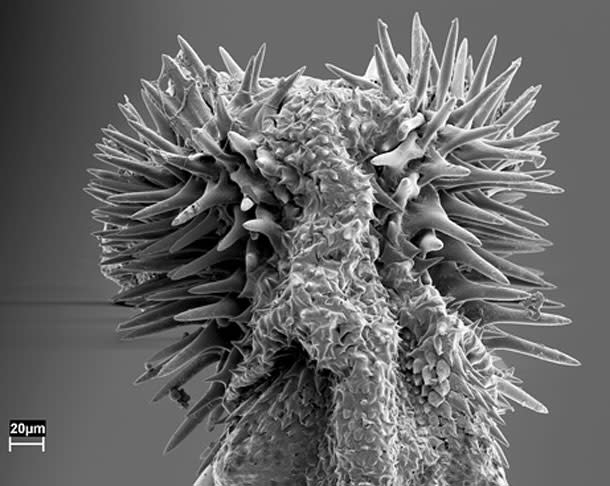