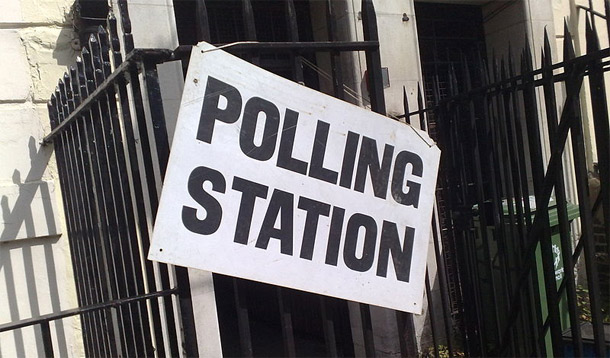 Countries around the world have tried many tactics to encourage people to vote, from easier access to polling stations to mandatory registration. But Christopher Bryan from Stanford University has found a startlingly simple weapon for increasing voter turnout – the noun. Through a simple linguistic tweak, he managed to increase the proportion of voters in two groups of Americans by at least 10 percentage points. During the 2008 presidential election, Bryan recruited 34 Californians who were eligible to vote but hadn’t registered yet. They all completed a survey which, among other questions, asked them either “How important is it to you to be a voter in the upcoming election?” or “How important is it to you to vote in the upcoming election?” It was the tiniest of tweaks – the noun-focused “voter” versus the verb-focused “vote” – but it was a significant one. Around 88% of the noun group said they were very or extremely interested in registering to vote, compared to just 56% of the verb group. In two later experiments, Bryan showed that these claims translate into actual votes. The day before the 2008 election, he sent his survey to 133 Californians who were registered to vote but hadn’t yet. After the election was over, Bryan used official state records to work out what his recruits had actually done. The results were clear: 82% of the people who read the “vote” question eventually filled in their ballots, compared to 96% of those who read the “be a voter” question. Stark though these results are, the average age of the volunteers was 23. Perhaps at this young age, their voting behaviour is more malleable than you might expect for the general population. To address that, Bryan repeated his experiment by sending his survey to 214 people from New Jersey, who were registered to vote in the 2009 gubernatorial elections, but hadn’t done so. This larger group had an average age of 54 and greater ethnic diversity. But they behaved in the same way as the younger Californians. Around 90% of the “be a voter” group eventually voted, compared to just 79% of the “vote” group. “[These] are among the largest experimental effects ever observed on objectively measured voter turnout,” says Bryan. The effects are large, but they fit with the results of past studies. For example, people rate their preference as stronger if they describe them with nouns (“I’m a Shakespeare reader”) than with verbs (“I read Shakespeare”). And children will think that another child likes carrots more if she’s described as “a carrot eater” rather than “someone who eats carrots whenever she can”. Bryan thinks that the subtle change from “vote” to “be a voter” plays off two psychological quirks. First, when we use predicate nouns to describe ourselves, we see the words as reflections of our essential qualities. This creates a far stronger impression than verbs do – it’s the difference which defining who we are, versus to what we do. As Bryan writes, “People may be more likely to vote when voting is represented as an expression of self – as symbolic of a person’s fundamental character – rather than as simply a behaviour.” Second, when we use predicate nouns to describe future behaviour (“to be a voter”), we not only reflect on our qualities, but on the qualities of the people we could be. These words offer a vision of a future identity that’s up for grabs. And voting, regardless of whether people do it or not, is generally seen as positive and worthy – it’s something that people feel they should do. “Using noun-based wording to frame socially valued future behaviour allows individuals, by performing the behaviour, to assume the identity of a worthy person,” writes Bryan. If this effect holds more generally, it may be a powerful way of motivating behaviour in a positive way. For example, it may be easier to help smokers who want to quit by encouraging them to “be a non-smoker” than telling them to “stop smoking”. Bryan is working on such projects now. “I've begun to look at whether references to "being a healthy eater” as opposed to "eating healthy food" are an effective way to motivate people to make healthier food choices,” he says. “I'm also interested in how early in life people become conscious of and start managing their self-images in this way. I've been looking at whether preschool-age children are more helpful to an adult when that behaviour is referred to as "being a helper" than when it's just called "helping”.” But to Bryan, the biggest prize would be finding ways of encouraging greener behaviour. “The trick is coming up with the right noun,” he says. “To be effective, I think it has to describe an identity that people want to take on. Labels like "energy saver" or "environmentalist" just don't feel desirable enough. One avenue we've begun to pursue involves referring to wasteful behaviour with a noun, like "energy hog". The idea is that, just as people are eager to claim desirable identities, it's important to them to avoid being tied to negative identities. We haven't managed to get traction on that yet but I am working on it actively and remain optimistic that we will.” Reference: Bryan, Walton, Rogers & Dweck. 2011. Motivating voter turnout by invoking the self. PNAS http://dx.doi.org/10.1073/pnas.1103343108More on politics and psychology: