The first lab-grown beef burger—which cost $330,000—could redefine meat as we know it. 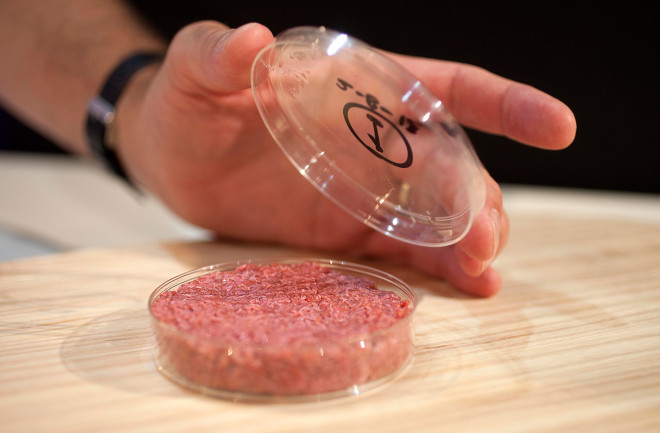 In August, three people shared a $330,000 hamburger that could redefine meat as we know it. The 5-ounce patty — which took three months and a slew of technicians to produce — was the world’s first lab-grown “cultured beef” burger.

The protein product began with tissue samples from two donor cows in Belgium. Their stem cells, which can mature into any type of tissue, were isolated and cultured in a dish around dots of gel-like growth medium.

Over time, the cells divided and developed into noodle-shaped muscle fibers — 20,000 of which were pressed into the final patty. The lab-burger debuted at a glitzy launch event in London, where its funder was revealed: Google co-founder Sergey Brin.

Environmentalists warn the planet is nearing “peak meat” production, as global demand strains the limited resources available to raise animals. Lab-cultured beef is touted as a panacea, though it’s not clear that growing it on an industrial scale will be possible.

Even optimists predict that it will take 20 years for cultured beef to hit supermarket shelves. And apparently this bland burger is still in beta: The tasters said it could really use some ketchup.

[This article originally appeared in print as "Lab-Grown Meat Tastes...Boring."]