Hurricanes: How These Destructive Storms Form, and Why They Get So Strong 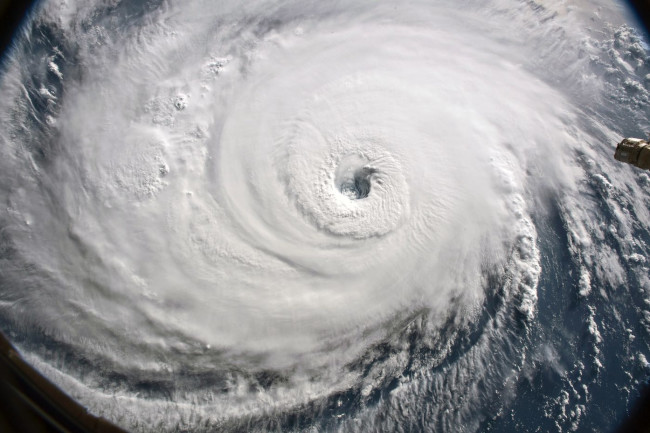 Cameras on the International Space Station captured a view of Hurricane Florence the morning of September 12, 2018, as it churned across the Atlantic. (Credit: NASA)

Hurricane, typhoon, tropical cyclone ... they’re all different names for the same thing: a giant patch of low pressure surrounded by a gyre of fierce winds. Beautiful from afar, hurricanes are deadly up close. They can devastate communities with lashing winds, torrential rains and storm surges that literally shove the ocean onto land.

A hurricane’s impact is hard to overstate. One infamous storm at the turn of the 20th century wiped away half of a Texas city; another may have altered the course of the American Revolution. The recipe for these powerful and immense storms is quite simple: Warm water, specific atmospheric conditions and a little bit of spin are enough to create hurricanes that can span over 1,000 miles.

What’s in a name? A tropical cyclone is the official name for these swirling systems of storms, but you’ll hear different names based on their location; specifically, they’re hurricanes in the U.S. and typhoons in countries in the western Pacific. Other places, like Australia and India, just call them tropical cyclones.

Cooking Up a Hurricane

In some cases, this system grows big enough that its winds also begin to be twisted around by Coriolis forces, creating the beginnings of a storm swirling around an eye. This trick is also what imparts hurricanes with such longevity and strength. Because the air getting sucked inward and upward is spun around, it never actually enters the eye to negate the low pressure. The result is a protected patch of low pressure free to continue drawing in winds and strengthening itself. When these winds reach 74 mph, meteorologists deem it a Category 1 hurricane. As long as there’s warm water to keep the updraft going and wind shear remains low, the vortex will continue raging.

Hurricane season typically extends from June through November, though storms have struck both earlier and later than that. Just when you thought it was safe to move back near the water . . .

Even standing still at the equator, your body’s actually moving at about 1,000 mph, thanks to Earth’s rotation. But that speed changes depending on where you are. The surface — and you, standing on it — spins more slowly the farther from the equator you get. But winds aren’t tethered to the surface like we are.

So, as a gust of wind moves away from the equator, it begins to outpace the ground beneath it because the gust maintains its original speed while the Earth slows down beneath it. As a result, it bends. This means the wind sucked toward the center of a tropical depression or hurricane bends to its right in the Northern Hemisphere, and to its left in the Southern Hemisphere. The tension between this motion and the pull of the low-pressure system at the center of a storm creates a vortex that spins counterclockwise in the Northern Hemisphere and vice versa in the Southern.

This phenomenon — or the lack of it — also explains why there’s a hurricane-free zone within 5 degrees of the equator. Coriolis forces, named for French scientist Gaspard-Gustave de Coriolis, aren’t strong enough to form a vortex there. 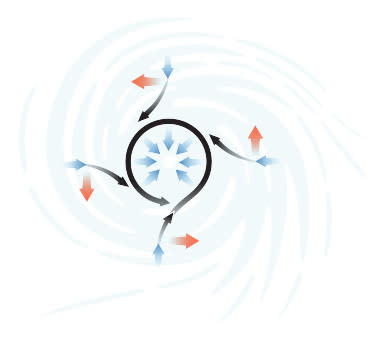 Wind shear is a difference in wind speed over a short distance. A lot of wind shear — say, if winds are slow near the surface but fast up in the clouds — tears apart rising air. When this occurs over the ocean, it prevents the formation of low-pressure systems that spawn hurricanes. 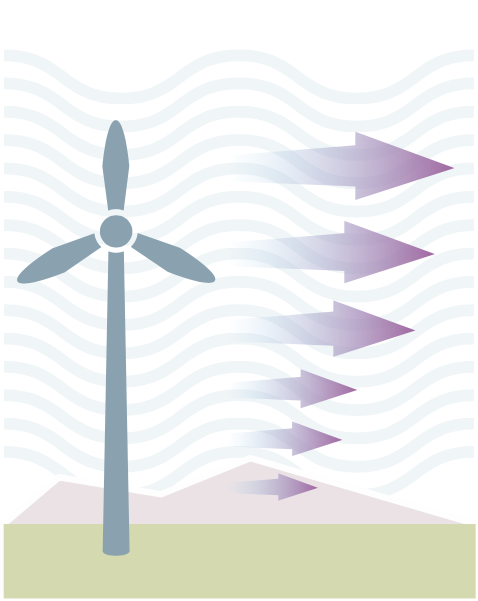 A Monster of a Name

Remember hurricane EP022018? Of course not. While tropical depressions are stuck with staid technical descriptors, it’s a long-standing tradition to also give hurricanes human names. The rationale is that anthropomorphizing makes it easier for both scientists and the public to talk about major storms. But it wasn’t always that way.

Hurricanes were once named somewhat arbitrarily: sometimes after the saint’s day on which they occurred, other times after geographical locations they hit. Then, around WWII, meteorologists began informally assigning storms female names, and the United States began using an official list of feminine names for Atlantic hurricanes in 1953. The gender barrier was finally broken in 1979, when men’s names were added to the list.

Today, the list for the Atlantic consists of six rotating sets of 21 names maintained by the World Meteorological Organization. The first hurricane of the season gets a name beginning with the letter A, the second starts with B and so on, with alternating female and male names.

Different regions of the world have their own lists, so don’t be surprised if you hear about a Hurricane Sergio or Omeka. The lists won’t ever change, though, except in the case of an especially destructive storm — those names are retired out of respect. 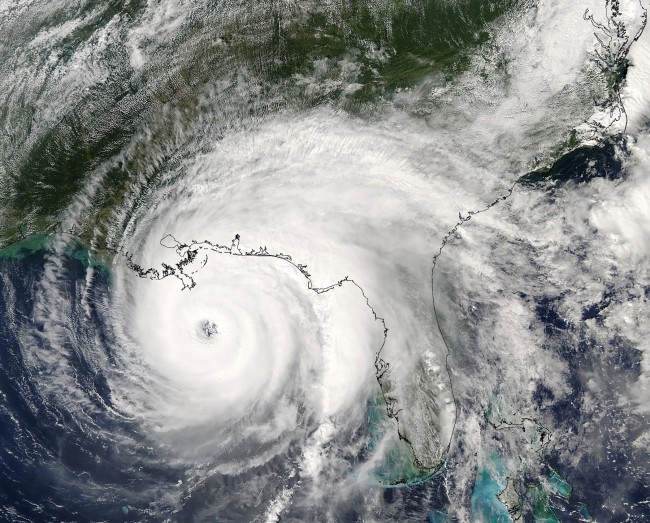 Hurricanes are so big, it must be easy to predict what they’ll do, right? Not quite. Meteorologists rely on a few different weather models to peer into a hurricane’s future, and the computations are devilish. The models in question simulate weather across the entire planet, but if the scientists were to use all the variables and data possible, even supercomputers wouldn’t be able to handle it. Instead, they simplify. They’ll take an average value for, say, the behavior of clouds and assume all clouds act that way. Since different models simplify the atmosphere in different ways, they sometimes disagree. 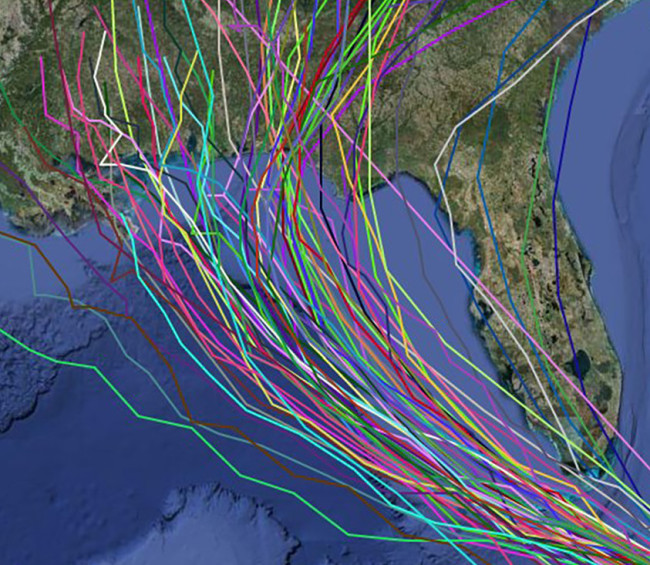 Hurricanes today are rated on the Saffir-Simpson scale, which places them into five categories according to wind speed. But the scale has been criticized for not accounting for rainfall totals, which can cause significant damage. Some atmospheric scientists have lobbied for a sixth category for even stronger storms, but there’s no official consensus on the idea.

Category 1: 74-95 mph (Hurricane Isaac in 2012): Damage to roofs and windows. Shallow trees might be uprooted. Power outages are likely.

Category 3: 111-129 (Hurricane Otto in 2016): Even well-built homes can suffer extensive damage, while older metal and brick buildings might topple. Most high-rise buildings will have shattered windows, and blackouts could last for weeks.

Category 4: 130-156 (Hurricane Harvey in 2017): Very high risk from flying debris. Most mobile homes and poorly constructed homes will be destroyed, and even strong houses could lose roofs or walls. Trees will be snapped or uprooted, and power outages might last for weeks.

Category 5: 157+ (Hurricane Maria in 2017): Significant number of houses and buildings destroyed. Windows will pretty much disappear; trees, signs and power poles annihilated; roofs will most likely be torn off. Power and water outages could last months. 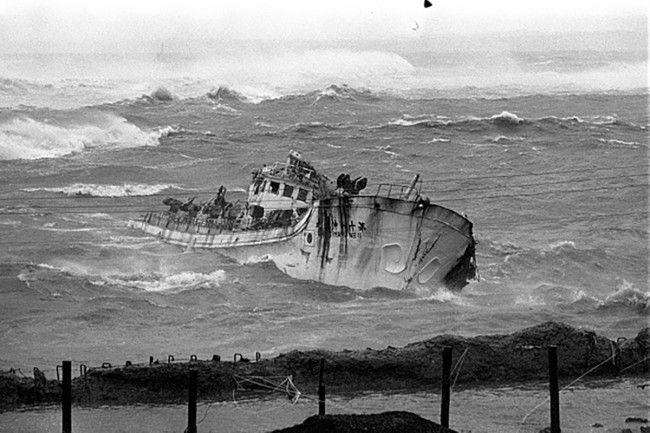 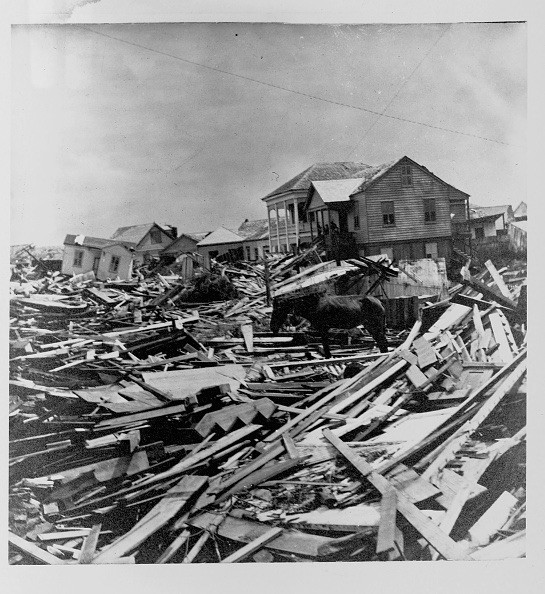 The Great Hurricane of 1780 killed at least 24,000 in the Lesser Antilles, and decimated British and French fleets concentrated there for the American Revolution.

Hurricanes are powered by warm water, so it seems obvious that climate change should lead to more — and more powerful — storms. That’s half-right, according to researchers. While they predict the number of intense hurricanes will increase as the oceans warm, it’s likely the total number of hurricanes will actually decrease in the future.

But, despite fewer total storms, the damage that results from more powerful ones is likely to continue to grow. Not only will storms be stronger and bring more precipitation, but coastal development has continued unabated, meaning there’s more for a hurricane to destroy. 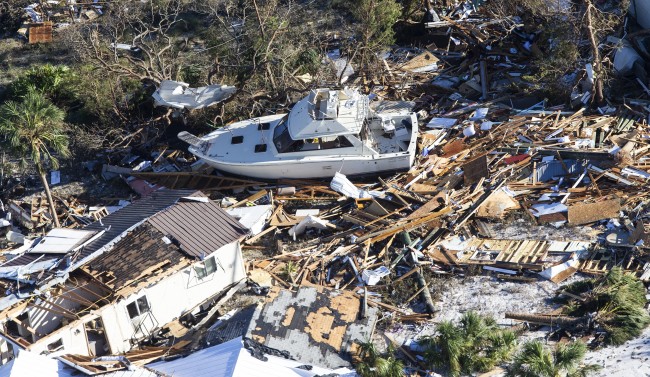 The Florida Panhandle faced major destruction in 2018 after Hurricane Michael hit. It was later classified as a Category 5 hurricane. (Credit: Mark Wallheiser/Getty Images)

Editor's Note: A photo caption in an earlier version of this story misidentified Hurricane Michael's strength. It was reclassified to Category 5 after making landfall.