Human Appetite for Sharks Pushes Many Toward Extinction 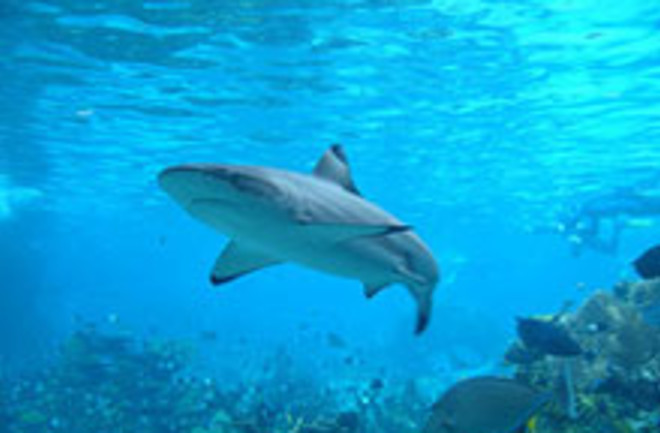 Extinction threatens four more species of deep-sea sharks and rays than a year ago, bringing the total species classified as "threatened" to 20 species, or nearly a third of the world's 64 species, according to a report (pdf) released today by the International Union for Conservation of Nature. Rays and sharks are already two of the most endangered fish groups, researchers say. The threat facing pelagic sharks and rays stems largely from overfishing; in many parts of the world, shark meat is considered a delicacy, and some animals become ensnared in fishing nets intended to catch tuna or swordfish. The report also

urges governments to halt shark "finning," the slicing of fins from captured sharks which are then tipped back into the sea to die, which it says is a growing industry providing ingredients for the Asian delicacy, shark fin soup. Although finning bans have been declared in most global waters, little effort is made to enforce them, said the IUCN [Reuters].

experts say sharks are especially sensitive to over-fishing because they take many years to mature and have relatively few young. It is vital for governments [to] boost monitoring of boats catching them, they said. "Sharks remain virtually unprotected on the high seas," IUCN shark specialist Sonja Fordham said in a statement [Reuters]. In addition to the 20 endangered species, the report stated that 15 rays and sharks are now classified as "near threatened."