More than 300,000 marine mammals like dolphins are caught and killed every year in equipment designed for fish. Here are some techniques fisheries use to keep them away. 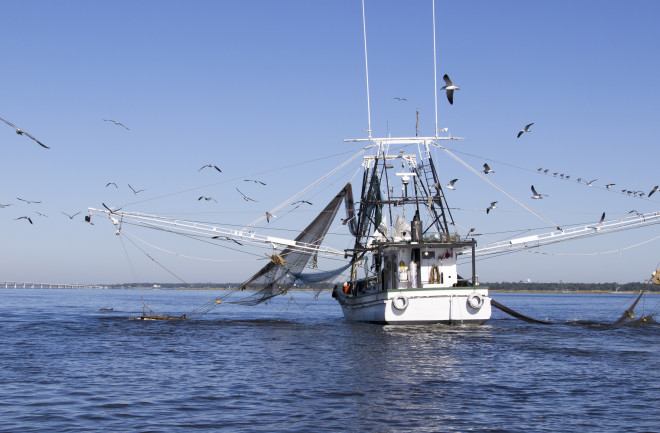 Whether you're a dolphin or just a sushi lover, nothing tastes better than a fresh catch from the sea. But these two species of seafood aficionados are often in lethal competition with each other, with dolphins ending up on the losing side of the equation.

A terrible situation for dolphins — being caught and killed by equipment meant to ensnare fish — is also a bad situation for the fishing vessels, since the dolphins will often damage the gear in the process of attempting to free themselves from the hooks or nets. As a result, some fishing operations are more than happy to use new tools and techniques to make the gear safer for dolphins, or to repel them from the area in the first place.

“Bycatch is a persistent problem in a lot of fisheries, but oftentimes there are technological solutions,” says David Kerstetter, a fisheries biologist at Nova Southeastern University.

These new techniques can help avoid dolphin bycatch, or the unintentional capture of non-target species in nets. “Americans are not going to stop eating seafood, and aquaculture is only going to do so much,” Kerstetter says, adding that the best way to reduce these unwanted deaths is for scientists, agencies and fisheries to work together.

Whales and Dolphins Caught in Nets

Most countries have banned large-scale industrial fishing of dolphins and whales. But cetaceans are still often caught accidentally by fisheries, since they are tend to be attracted to the same large schools of fish as fishing vessels. “It’s hard to avoid some sort of interaction,” says Kerstetter.

The International Whaling Commission, an organization created by the International Convention for the Regulation of Whaling in 1946, estimates that at least 300,000 cetaceans, a group of marine mammals that includes dolphins and whales, are caught and killed every year in gear targeted for fish. “[Bycatch] is the biggest single cause of harm and death to whales and dolphins today,” says Danny Groves, spokesperson for Whale  and Dolphin Conservation, a U.K.-based charity.

Not all fishing gear is created equal, and different kinds can entangle dolphins and other cetaceans in different ways. Among the worst of the nets still in use are gillnets. These monofilament nets don’t get picked up very well by a dolphin's sonar sense, and are basically transparent visually as well, Kerstetter says. In cases where they're used, the dolphins can get trapped under the surface of the netting, where they can drown. As they thrash around trying to escape, they can also damage the nets themselves.

But since this mainly occurs when dolphins get trapped inside the gillnet, some mitigation techniques focus on repelling the cetaceans, so they don't intereact with the nets in the first place. Acoustic deterrent devices, for example work with dolphin sonar, sending out pings that the dolphins can pick up on, informing them of the presence of areas to avoid. These devices have worked to reduce some deaths among harbor porpoises, Groves says. Still, he adds that the reduction of deaths using these devices has been small so far.

In the U.K., Groves says that relatively few fisheries even use gillnets, though they cause an outsized impact on the death of cetaceans. “Rather than moving whales and dolphins away from these nets, there should be increased attention to moving away from using gillnets and towards alternative gears.” Due to bycatch and other reasons, Florida has banned gillnet fishing in state waters.

Longline fishing is also a danger to dolphins. This techniqe relies on long fishing lines that trail a boat, with a number of hooks at different intervals to catch larger fish like tuna or swordfish. But some dolphins, like the bulbous-headed Risso’s dolphin and pilot whales (which are actually oceanic dolphins), can also get caught on these hooks. Before new regulations were made governing the use of this fishing, the Marine Mammal Stock Assessment reported an average of 34 Risso’s dolphins and 86 pilot whales dying every year due to longlines. Kerstetter says that pilot whales in particular would get caught as they followed these longlines, eating fish on the hooks one by one until they got hooked themselves.

Read more: Fishing activities take up four times as much area as agriculture—and can now be monitored in real time

One technique to keep cetaceans from dying on longlines is to make weaker hooks. The newer technique uses hooks constructed so that they will break off or straighten out if pulled by anything larger than tuna and swordfish. This has been used with some success in the mid-Atlantic, Kerstetter says. Hawaiian fisheries have also picked up this technique in an effort to keep killer whales — also an oceanic dolphin species — from getting caught on longlines, he says.

Better communication between fishing fleets and regulatory agencies like the National Oceanic and Atmospheric Administration might also help reduce cetacean bycatch from gillnets. This could involve requiring fishing vessels to move a few miles away when dolphins or whales are sighted, for example. Or warning vessels away from areas that have a lot of cetacean activity. At stake is the health of our oceanic ecosystems, where cetaceans play a role as top predators.

“Why [should we] try to prevent this massive problem?” Groves asks. “Aside from the cruelty involved, whales and dolphins help create a healthy ocean.”