How Did Dinosaurs Hear The World? Alligators Give Us Clues 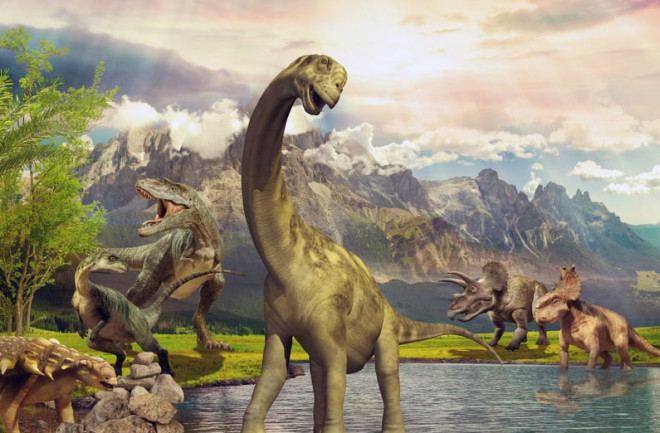 (Credit: AmeliAU/shutterstock) How did dinosaurs hear? Researchers now have an idea thanks to alligators. In a new study, researchers have discovered that American alligators process sounds the same way that barn owls and chickens do. And because birds and reptiles last shared a common ancestor nearly 250 million years ago, the finding means the shared hearing strategy originated before dinosaurs existed. "We know so little about dinosaurs," Catherine Carr, a biologist at the University of Maryland in College Park, who led the new research, said in a statement. "Comparative studies such as this one, which identify common traits extending back through evolutionary time add to our understanding of their biology."

The Sounds of Dinosaurs

Sound reaches each ear at different times. The brain uses this lag to figure out where in space the sound came from. In birds, the brain creates a map from this time difference to pinpoint a sound’s location. Unlike birds, mammals do not create these neural maps. However, they still use this gap between when each ear hears a sound to deduce its position. Since birds and mammals use different strategies to process sound, that means hearing evolved differently in the two groups. So, to get a better grasp on how hearing evolved, Carr turned to alligators. When Carr and her colleague, Lutz Kettler, a neuroscientist at the Technical University of Munich in Germany, peered at the brains of birds and alligators under the microscope, they saw that the brain structures looked quite similar. “So we suspected there might be neural maps [in alligators] like in birds,” Kettler said. To find out how alligators process sound, the researchers played tones through headphones to 40 anesthetized American alligators. As the reptiles listened to the sounds, the researchers monitored the response of the part of the alligators’ brain stem that sorts out incoming sound information. When the researchers compared the alligators’ hearing maps to the ones barn owls and chickens use, they found birds and alligators use the same strategy, the researchers report Monday in The Journal of Neuroscience. "Our research strongly suggests that this particular hearing strategy first evolved in their common ancestor," Carr told Discover in an email.

Birds and alligators last common ancestor is an archosaur, four-legged creatures that roamed the Earth some 246 million years ago in a time before dinosaurs even lived. Archosaurs split into two lineages, one that led to crocodiles and another that led to dinosaurs. Most dinosaurs died in a mass extinction event around 66 million years ago. Some survivors however evolved into today’s birds. Carr and Kettler’s discovery suggests that dinosaurs used the same strategy as birds and alligators. The possibility that alligators and birds evolved the same hearing strategy separately from each other, rather than as an evolutionary hand-me-down, is very unlikely, Carr said.

(Credit: Maxicam/Shutterstock; Alison Mackey/Discover) So what did dinosaurs sound like? Unrelated research in 2016 published in the journal Evolution looked at bird and crocodile anatomy and sounds and concluded dinosaurs most likely made closed-mouth vocalizations, similar to today's crocs. That means dinosaurs didn't roar. Instead, they likely made a range of hissing and groaning sounds, as well as coos, not unlike modern pigeons.