Did the Dinosaurs Live at the Same Time?

The ‘age of the dinosaurs’ was vast and varied. 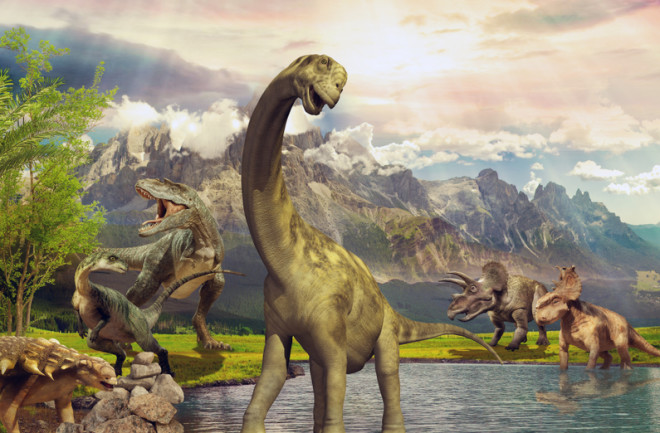 When dealing with periods of hundreds of millions of years, it’s easy for time to seem a little compressed. In pop culture, especially, dinosaurs are often lumped together to create more vibrant scenes of gleaming teeth and twitching claws. But the fact of the matter is that dinosaurs have had an incredible run that’s still going on to this day.

The earliest known dinosaurs evolved about 235 million years ago during the early part of the Triassic Period. A mass extinction at the end of the period gave dinosaurs their shot at dominance, and the “terrible lizards” thrived through the Jurassic and Cretaceous. Another mass extinction 66 million years ago killed off all but the birds, which carry the dinosaurian legacy into the future.

Think about those time frames the next time you see a Tyrannosaurus rex trying to chomp an Apatosaurus. Those dinosaurs lived over 80 million years apart from each other. That’s more time than there’s been since the asteroid struck — the whole “Age of Mammals” could fit between those dinosaurs, with plenty of room to spare.