Were Dinosaurs Warm- or Cold-Blooded?

In elementary school, many of us learned that dinosaurs were cold-blooded creatures. But their physiology is far more complicated than previously thought. 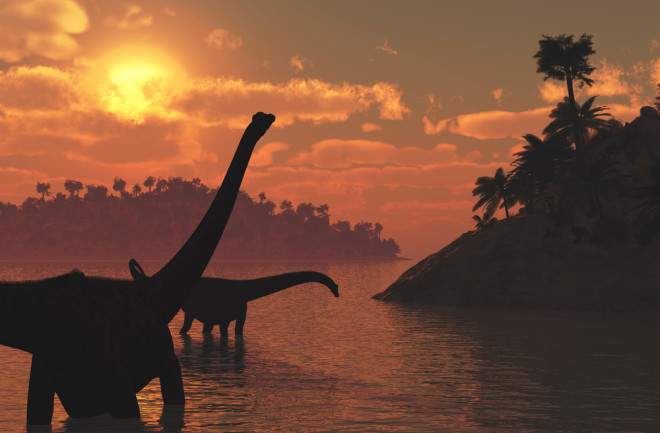 Dinosaurs were originally envisioned as giant lizards. Then, during the late 19th century, they started to look more active — more similar to mammals and birds than to lizards. The prevailing logic changed again during the 20th century, generally depicting dinosaurs as sluggish and dim-witted, only to be reversed back to the late 19th-century view of active, dynamic animals. So where does the evidence stand now?

Unpacking the physiology of dinosaurs would be an article in and of itself; but, suffice to say, dinosaurs were much more like birds and mammals than modern-day lizards and snakes. Dinosaurs grew quickly, for example, and have body postures and physical abilities that required a very active, hot-running metabolism to accomplish. The question is how they accomplished this, and there may be more than one answer.

Small, feathery dinosaurs may have had physiologies like modern birds, while giant dinosaurs may have relied on the physics of heat gain and loss to modulate their warmth. The trick is to understand dinosaurs on their own terms, and paleontology is still in the process of doing so.