Did All Dinosaurs Live on Land?

Dinosaurs ruled the land — but did some also roam the seas? 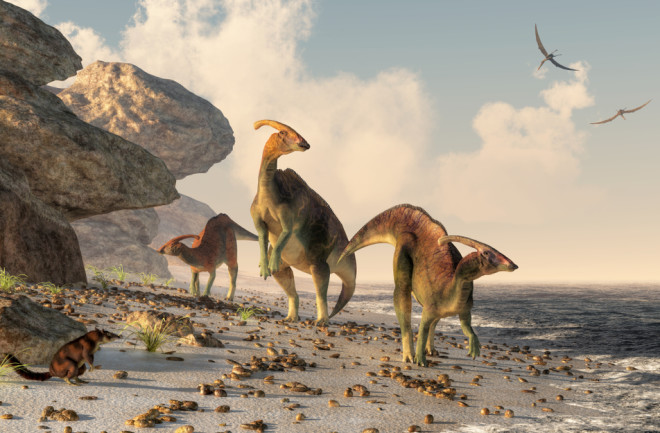 In decades past, dinosaurs were distinguished from other reptiles of their time by the fact that they lived on land. There weren’t any dinosaurs that swam in the oceans like the fish-like ichthyosaurs, and there were no dinosaurs that flew like the leathery-winged pterosaurs. But discoveries over the past few decades have complicated the picture a bit.

While no dinosaurs evolved to live entirely in the water, many dinosaurs were accomplished swimmers. Claw scratches and other traces left by carnivorous dinosaurs in places like southern Utah have shown that theropods weren’t afraid of getting wet, and some dinosaurs — like the spinosaurs — may have been semi-aquatic fish eaters that spend much of their time around rivers and lakes.

Dinosaurs of the skies are a different story. We now know that birds are living dinosaurs, down the chickadee on the lawn, and some non-avian dinosaurs evolved their own ways of gliding and fluttering at the same time birds were taking off.