The proteins behind fur patterns are identified. 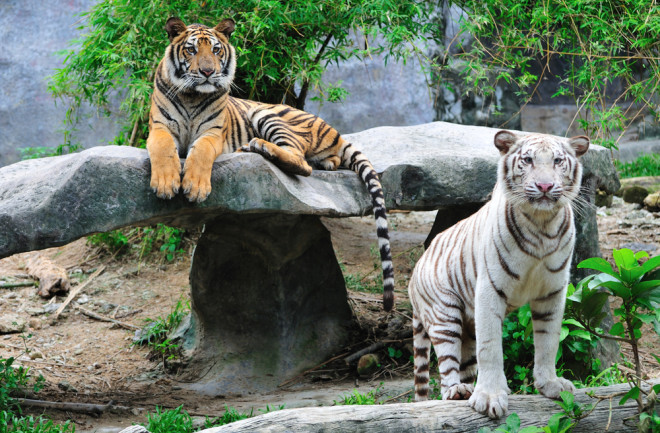 Cell biologists have finally proved a 60-year-old theory about how certain animals get their stripes and blotches.

The famously prolific mathematician Alan Turing had hypothesized that such biological patterns arise when a pair of chemicals react in a regular, alternating manner as they move through tissue during development. In February Jeremy Green and his team at King’s College London identified a pair of proteins called morphogens that shape the ridges on a mouse’s palate. These morphogens, named fibroblast growth factor and sonic hedgehog, form an “activator” and “inhibitor” pair that together differentiate cells into ridges and troughs. The researchers believe that the same alternating chemical process stimulates skin cells to generate patches of differently colored fur.

“Turing was one of the first people to have the boldness to deal with biology in a mathematical framework,” Green says. “He was way ahead of his time.” Besides explaining how the tiger got its stripes, the results may provide new perspective on morphogen misregulation, which plays a major role in cancer.