5 Of The Biggest Animals To Ever Live On Earth

Earth was once home to giant animals, and some are still around today. 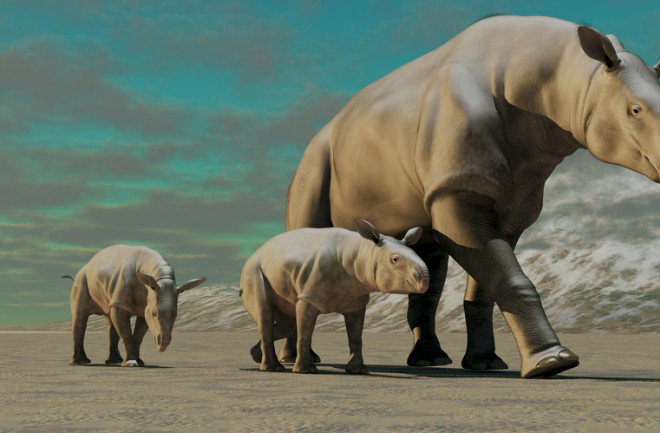 Scientists are aware of about 1.5 million animal species, but it’s believed that there are almost nine million total — leaving many yet to be discovered. Some are incredibly small, like the bumblebee bat, which is a little over an inch long and weighs less than a penny. Others are enormous, such as the colossal squid, which weigh over 1,000 pounds and reach lengths of over 45 feet. But, millions of years ago, gigantic animals were much more common than they are today. Let’s take a look at some of the biggest.

This ancient alligator ancestor was a monster of a reptile, reaching 35 feet long and up to and weighing between 5,000 and 11,000 pounds. As the largest North American predator at the time, they lived during the Cretaceous Period, more than 75 million years ago.

Research shows that they preyed on dinosaurs, which isn’t surprising given that the Deinosuchus was twice as heavy as the T. Rex. Scientists believe they could have lived to the age of fifty, growing for the first 35 years of life. Although larger than today’s alligators and crocodiles, the Deinosuchus had a similar appearance to its modern day relatives.

The capybara is currently the world’s largest rodent and can reach up to 130 pounds. But over three million years ago, the largest rodent to ever live weighed an average of 2,600 pounds. J. monesi lived in estuaries or deltas that were forested in what is modern day Uruguay.

Fossil remains revealed large front teeth, which scientists believe were used as a tool, similar to how elephants use their tusks. These incisors would have been useful defending against predators and digging for food. Because their molars were small, it’s believed they ate soft vegetation. And although their teeth weren’t good for chewing tough food, their bite was powerful — three times stronger than a tiger.

During the Pliocene and Pleistocene Epochs lived a humongous sloth that grew to 20 feet long and weighed up to 8,000 pounds. Found in the woodlands and grasslands of South America, these sloths were almost exclusively herbivores, standing on their back legs to reach leaves that were high up.

And although they mostly survived on vegetation, it’s hypothesized that they were carnivorous when an opportunity presented itself. They belonged to the suborder, Xenarthra — which includes modern day sloths, armadillos and anteaters. However, unlike the sloths of today that use their claws to climb trees, M. americanum used its large claws to dig holes and tunnels in the ground.

Over 30 million years ago lived a giant, hornless rhino that weighed more than four modern day elephants — about 30 tons. Though it reached 26 feet long and stood about 18 feet high, Paraceratherium had a small skull. Its long neck and legs allowed it to eat leaves and branches off trees.

Though it did not have horns like modern-day rinos, Paraceratherium teeth were quite unusual. They had two pairs of incisors, with the lower ones pointing slightly forward and the upper ones leaning downward. It’s theorized that this enabled them to steadily hold branches in their mouth while eating from them. They remain the largest land mammal to ever exist.

Although all these other giant creatures are extinct, there’s one that still exists. The blue whale is the largest animal to ever live. At almost 100 feet long and up to 200 tons, these animals outsize all others.

A 2021 study led by ecologist and marine biologist Matthew Savoca found that they can consume between 20 and 50 million calories per day — the equivalent of 30,000 Big Macs. Blue whales feed on small crustaceans called krill. The whales swallow massive amounts of krill in one mouthful — filtering out the water while retaining their prey. It’s a breathtaking sight to see when these majestic animals come to the surface of the water.