"You shouldn’t blame lying on the brain", according to Prof. Richard Gunderman writing

. Gunderman notes the media interest in a recent paper about how brain activity 'adapts' to lying. CNN, for instance, covered the study with the headline: "Lying may be your brain's fault, honestly". Gunderman doesn't like this idea:

There is the suggestion that a behavior such as lying can be explained "mechanistically." Saying so implies the brain is a mechanism that can be accounted for in purely mechanistic terms. In fact, however, calling the brain a machine vastly oversimplifies it... no analysis of the brain as gray matter, electrical circuitry, or neuro-chemistry makes the leap from machinery to our experience of the world... as any reader of Shakespeare knows, a lie is something far richer than any pattern of brain activation.

Hmm. Gunderman seems to be saying that because of the mystery of consciousness, the brain can't be 'a machine'. But what else can it be? It is an extremely complex machine, to be sure, and we don't understand how it works, but we know that it is a complex physical system, made up of innumerable interacting parts. As for the idea that brain activity is not sufficiently rich to produce something like a lie, I think this underestimates just how rich and complex the brain is. Gunderman goes on to say that:

Perhaps the most dangerous misapprehension that can flow from new findings in brain science is reflected in the CNN and PBS headlines: the notion that lying is "your brain’s fault" or that "the brain keeps lying." The idea, it seems, is that lying is something that happens in and by the brain, much as a dysrhythmia happens in the heart or strangulation happens in the bowel. In reality, of course, lying is not the fault of the brain but the person to whom the brain belongs.

Regular readers will recall that I have myself often criticized the idea of 'blaming the brain' for our misbehaviours. But this doesn't mean I agree with Gunderman here. On the contrary, I think that lying is 'something that happens in and by the brain', a view that Gunderman rejects. But it doesn't stop at lying: every human thought and behaviour, good, bad or indifferent, happens in the brain, and this is why it makes no sense to say that the brain is to blame for any particular behaviour. Similarly, whereas Gunderman draws an opposition between 'the brain' and 'the person to whom the brain belongs', I don't think there is one. And this is the point: if I am my brain, then I cannot shift responsibility from myself onto my brain - because my brain's responsibility is my own. In other words, Gunderman is right to object to the idea of blaming the brain, but wrong about why. It's because there is no 'person' separate from the brain that we can't blame our brains. 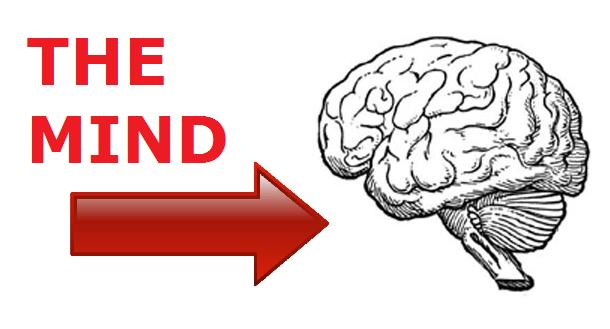