Once dismissed as a new age fad, lucid dreaming has gained attention as a possible performance enhancer and therapeutic tool. 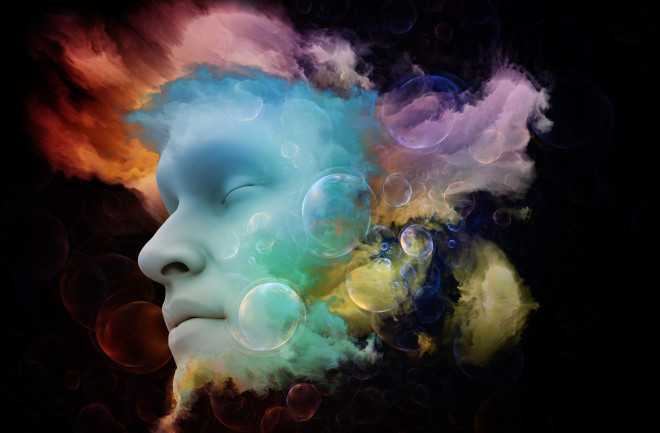 It was a typical night for research scientist Benjamin Baird, then a graduate student at the University of California Santa Barbara. It was late, around 1 a.m., and he was reading everything he could find online about his dissertation topic, which was human consciousness. That’s when he came across some information about lucid dreaming.

“I’d never considered that something like that was possible,” Baird says. “I could be conscious and aware while I was asleep and in a dream? It blew my mind.”

The story suggested that people get in the habit of counting their fingers. If you don’t have five of them, you’re probably dreaming, the article said. Baird fell asleep thinking about what he’d read. Soon he was in a dream world. He looked at his hand. One. Two. Three. Wait? Three? “Oh,” he thought, “I’m asleep. I’m dreaming!” “Then I took off flying and woke up,” he says.

The experience left Baird hungry for more. Now, several years later, he’s a researcher at the University of Texas focusing on cognitive neuroscience. His work, along with that of others, has helped scientists to figure out ways to harness lucid dreaming for improved mental health and physical performance.

Way back in the 1970s, when Stanford psychophysiologist Stephen LaBerge began developing techniques that allowed himself and others to control their dreams, the greater scientific world was skeptical, at least at first.

That's because it was difficult to prove that LaBerge and others were truly having lucid dreams. For many researchers at the time, lucid dreaming seemed about as scientifically plausible as levitation. That is, until LaBerge and other researchers found a few lucid dreamers who were willing to sleep in a lab with all sorts of sensors attached to their bodies, including their eyelids.

In one of these experiments, published in Nature Communications in 2018, sleeping study participants were asked to move their eyes left, then right, then left, then right as a signal that they were lucid. Then, while still dreaming, the participants held out an arm in a thumbs up position. They used their thumb to draw a circle in the air, tracking that circle with their eyes. To be clear, the participants were dreaming all of this. Outside of the dream, in the lab, their arms were stationary, but their eyes were not. As their dream eyes moved in circles, so did their actual eyes, as recorded by the sensors.

Then, in a 2021 study by Karen Konkoly and other researchers at Northwestern University, dreamers performed a similar left, right, left, right eye motion to indicate their lucidity. Then Konkoly asked the lucid dreamers to do a little math.

“What’s eight minus six?” Konkoly, a cognitive neuroscientist and Ph.D. candidate at Northwestern, asked the first of the study participants. Could the dreamer hear and understand the question? Would it get incorporated into a dream in a way that made little sense to the dreamer or the researchers? Was it even possible for a sleeping person to do math? She and others were about to find out.

A second ticked by. Then another, and another. The dreamer moved his eyes back and forth twice, to indicate that the answer was “two.” “I couldn't believe it,” Konkoly says. “It didn’t sink in until I got several researchers to review the data and confirm that the participant was indeed undeniably asleep.”

The Benefits of Lucid Dreaming

For many years, lucid dreaming was either a fun pastime or a spiritual pursuit. For example, Konkoly has experimented with lucid dreaming for years, using them to explore existential issues like “show me my subconscious” and “let me see my higher self.”

More recently, however, scientists have come up with some interesting applications. People who practiced throwing darts during a lucid dream, for example, improved their dart throwing performance while awake, according to a study published in 2016 in the Journal of Sports Science.

Another application relates to persistent nightmares, which afflict as many as 6 percent of adults at least once a week. In a form of lucid dreaming therapy, patients are encouraged to confront, interview, accept and even befriend their dream demons.

For example, during a nightmare, they might stop running, face their pursuer, and ask, “Wait, why are you chasing me?” By accepting scary dream objects and seeing them as helpful messengers, it’s thought that people can not only control their nightmares, but also overcome the underlying fears they represent. In a 2022 study in Current Biology, people who used dream therapy techniques were able to reduce the number of nightmares they experienced.

How To Control Your Dreams

Lucid dreaming is a skill that you can develop with practice. Try some of these techniques yourself, originally developed by LaBerge:

Keep a dream journal. As soon as you wake, try to remember your dreams. Then write them down. Even if you think “I never dream,” give it time. Rest assured: You are dreaming. Everyone does. Remembering them, however, is like changing the oil in your car. The more you do it, the easier it becomes, explains Baird.

Notice common dream themes. Use your dream journal to pinpoint particular people or themes that tend to show up in your dreams, especially if they don’t make logical sense. (Like a kid from your third grade class that you haven’t seen since childhood, or a grandparent who passed away years ago.)Think of these as signs that you’re dreaming — because they’re examples of people, places, and experiences that never take place when you’re awake.

Set an intention. Before going to sleep, tell yourself, “Tonight, when I see that flying clown, I will know I’m dreaming.”

Have you ever thought that you woke up, only to find out that you, in fact, only dreamed about getting up? Your initial forays into lucid dreaming might be similar, but in reverse. You might wake and remember that you had a lucid dream, but then wonder: Was I really lucid? Or was I just dreaming that I was lucid?

Another issue: Quite often, when people realize they’re lucid, they get excited, and this excitement wakes them up. That’s what happened to Baird during that first lucid dream. After training in the above techniques, however, he did indeed improve. “It still doesn’t come easily for me, but my peak was one per week at the height of my practice,” he says.

So, if you’re interested in lucid dreaming, keep at it. Eventually, you’ll likely have one.