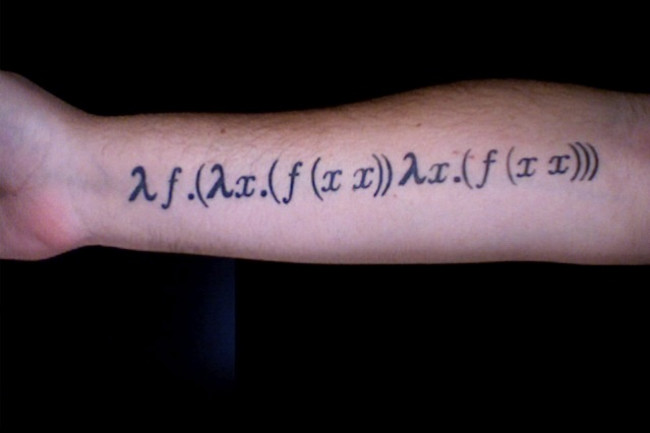 "I don't quite have a science tattoo, but I have a math tattoo. That's close enough, right?"Now, for the explanation. This is a formula called the Y Combinator. It is a fixed-point combinator in the lambda calculus and was discovered by Haskell Curry, a rather prolific mathematician and logician whose work helped start Computer Science.

"What this formula does is calculates the fixed point of a function, which in turn allows for recursion by calling on that fixed point; recursion is perhaps the single most important concept in Computer Science. Being a computer scientist and a mathematician, this formula is very important to me and represents the innate beauty of computer science and mathematical logic." --Mark

[Note from Carl: Math is most welcome at the Emporium]