Our fascination with serial killers like Jeffrey Dahmer and Ted Bundy may have to do with our fear of domestic terrorism. 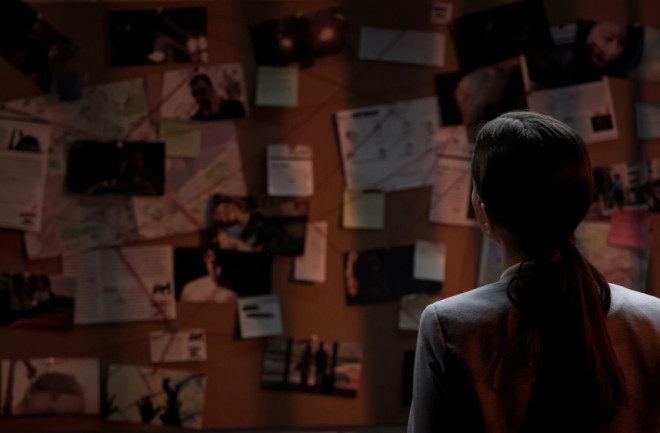 Many audience members listening to The Moth podcast could have related to the storyteller as he told of being a lonely college student in Wisconsin in the 1980s. He frequented a local bar where he admired a young, blond patron from a distance.

The storyteller watched week after week as his crush talked to other men and often left with them. He tried to change his appearance but never caught the patron's attention. Years later, he recognized his crush on a news broadcast. The man he had longed to meet was serial killer Jeffrey Dahmer. And the other patrons he took home weren't dates — they were victims.

The story captivated listeners and received responses in social media forums and newspaper commentaries. It was a part of a larger, ongoing cultural fascination with serial killers. There are museums, podcasts, books and meetups for people interested in serial killer stories, both real and fictional.

This cultural fascination is increasing, and social scientists see it tied to our changing media landscape. They also see it as insight into our collective anxieties about the world around us. Our fascination with serial killers is less about them and more about us.

Serial killer media fits into a larger trend in horror content. Mainstream horror media - including film, television, podcasts and blogs - presents scary stories within a context that unsettles the audience. Tapping into collective anxieties is a way to reach and frighten a wide variety of people. The 1982 film, Poltergeist, for example, has long been considered a reflection of changing family dynamics in suburban America as couples divorced and more women entered the workforce. The supernatural attack comes within the victims' home and, spoiler alert, the mother of the family has to venture into a ghostly dimension to save her youngest child.

Serial killer stories fit into this type of anxiety-reflecting horror media. Serial killers, both real and fictional, are seen as humanlike monsters. They live among us like humans but commit brutal crimes like we imagine a monster might. John Wayne Gacy, for example, lived in a Chicago suburb and led a seemingly normal life. He had a house, dressed as a clown for parties and participated in politics. He also brutally murdered at least 33 men and boys and hid their remains on his property.

Media scholars have found that while audiences in the United Kingdom are more interested in stories about the victims, audiences in the U.S. focus on the serial killer as a person. Trying to understand a serial killer's psychological background is part of what some scholars see as a "wound culture," in which we closely analyze other people's trauma. Motivations for wound culture evolve with our collective fears and anxieties, which often relate to events beyond our own control.

The terrorist attacks on 9/11, for example, have been identified by scholars as the start of increased serial killer-related content. Much of the content has focused on understanding the serial killer as a person and comes at a time when people are trying to make sense of what feels like random, violent attacks.

Although storylines center on the serial killer, the audience's fascination is less about the monster in question and more about why we fear the monster. After 9/11, media content focused on white male serial killers increased, and some scholars see that as a way for people to deflect their fears of domestic terrorism.

Media creators, however, have to be careful of backlash. Audiences don't want to see serial killers glorified, and recent content has been heavily criticized. Netflix's 2019 biopic on serial killer Ted Bundy Extremely Wicked, Shockingly Evil and Vile, was condemned for glamorizing Bundy. And in 2021, one critic criticized Hulu's Bundy biopic, American Boogeyman, for blurring the victims and wrote there was "no earthly reason for the existence of this film."