Why Our Brains Are Split Into Right And Left 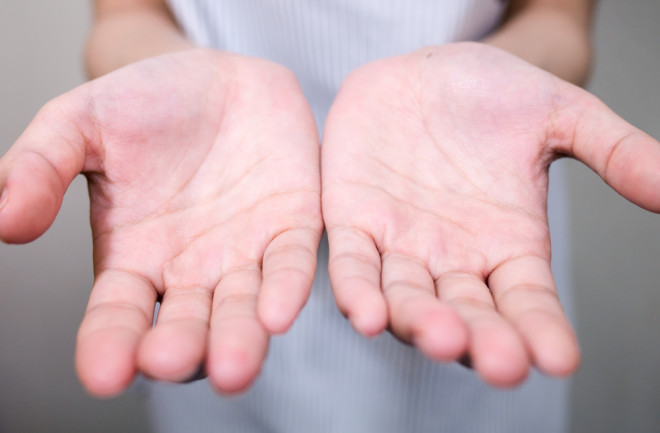 (Credit: Champ-Ritthikrai/Shutterstock) Your right brain is creative and your left brain is logical. This widely accepted dichotomy cleaves the brain neatly in two, but research has shown the actual division of labor in the brain is not nearly so straightforward. Because the physical structures of both hemispheres appear identical, it wasn't until the 19th century that scientists started hashing out the differences between brain hemispheres. That crucial insight came thanks to a physician by the name of Pierre Paul Broca who was studying the brains of people who had speech difficulties. He found that they all showed signs of damage to a region of their left brains, which came to be called Broca's area. Those with lesions to the same region on the right side of their brains, however, possessed no speech impairments. Clearly, the left side was doing something the right wasn't. Researchers have been attempting to answer the question of why our brains are split, and more importantly, why that matters, ever since. In the more than 150 years since Broca made his discovery, scientists have discovered a great deal about how each half of the brain exerts control over our decisions, as well as how they interact with each other. Less clear, however, as a recent review from researchers at Ruhr-University Bochum in Germany published in the journal Neuron makes clear, is how it happens.

The reasons why are actually fairly simple. Delegating different tasks to different sides of the brain, doubles the complexity of the brain. Instead of a region on both sides doing the same thing, they can now be used for separate tasks. Because our brains are well adapted to using both hemispheres for different things at the same time — what's called parallel processing — they can do two things instead of one. In addition, because some tasks require only one hand or foot, being better with that appendage gives us a physical advantage by making us quicker or stronger, say the review authors. This is based on research in both humans and animals showing that the more they favored one side of the brain for a specific task, the better they were at it. Specialization can have its advantages. Don't worry lefties; there's no evidence that southpaws are at any disadvantage, though. Being in the minority may actually be a good thing in this case because it subverts expectations. If predators expect you to always turn a certain way, there's an advantage to picking the other direction. The same holds true today for left-handed pitchers and boxers, sought after for their unexpected reversals of routine. Some intriguing patterns have emerged, however, hinting that being left-handed may be indicative of more than just which hand you hold a pencil in. There's a minor gender bias for example: for every 10 left-handed women there are 12 left-handed men. Those with schizophrenia are more likely to be left-handed, and handedness could also affect how the brain processes language, as well. Going back to Broca, language is assumed to reside mostly in the left side of the brain. For left-handers, however, there is evidence to suggest that around a third of them rely more heavily on the right side of the brain for language, although the consequences of that switch are largely unknown.

Further research cited in the review has shown that most animals also possess similar preferences, to varying degrees. Some birds and fish, for example, use one eye for finding food while the other scans for predators. Experiments with pigeons found that they were much better at picking out images of humans with their right eyes than their left, indicating that their brains processed visual information differently on each side. Even changes early in birds' development related to lateral asymmetries (differences in the right and left sides of their brains) can affect how they act as adults. Most chicks position themselves in the egg so that their right eye faces outwards and their left inwards. This early exposure to light on the right side leads to corresponding changes on the left side of their brains that predispose them to using their right eyes for certain tasks and their left eyes for others. This differs among bird species, but can include using mainly one eye for courtship rituals, hunting and tool-making. What's more, in some experiments incubating eggs in the dark, this preference has been seen to disappear, and can even be reversed by exposing their opposite eye to light after hatching. Something as simple as exposing the developing nervous system to light can cause important changes later on. Genetic research in zebrafish, a common stand-in for humans in experiments due to their genetic similarities to us, is beginning to elucidate how our developing brains shift responsibilities to the right or the left side. By blocking and altering various genes related to development in zebrafish, researchers can see how they behave later in life when the normal asymmetry of their brains was disrupted. It's a process similar to that in the chicks, only mediated by genetic tinkering rather than light exposure. Zebrafish begin showing distinctions between right and left almost as soon as they are conceived, in the way that cellular material is divided within their developing bodies. These initial right-left preferences go on to inform their personalities later in life, such as the decision to fight or to flee when encountering a rival, as well as their responsiveness to light. By altering the early division of their brains into right and left hemispheres, the researchers caused them to flip some normal behaviors, whether that was deciding whether or not to fight a competitor, or which eye they used to scan for predators.

Though experiments with genes are helping to show how lateral asymmetries go on to influence our decisions, decades of research have revealed that these kinds of asymmetries, and the ways they develop, are due to much more than just a single genetic switch. Some 40 genes have been implicated in determining whether we're right- or left-handed, and environmental factors likely also play a role. Some genetic studies have even found that our gender matters when it comes to how our genes determine which hand we prefer. As many researchers have noted, the bias toward our right sides appears in more than just our hands. Babies tend to suck their right thumbs and turn their heads to the right when laying down, for example, and the majority of people turn their heads to the right when they go in for a kiss. These things might have more to do with our environment than our genes, however. A study in twins estimated that their genetic makeup accounted for only around 25 percent of their hand preference. The rest was up to a host of factors out of their control. The studies in babies, for example, found that their preferences for thumb-sucking and head turning predicted their dominant hand later in life. Other studies have indicated that the hand we focus visually on, cultural norms and even seasonal changes may affect handedness. Our choice of right hand versus left hand may still be in flux well after we're born, it seems.