Why Deep-Cleaning Videos Are So Satisfying to Watch

Trends like #CleanTok can tigger similar sensory pleasures as those found in ASMR content — and affirm our desire for control. 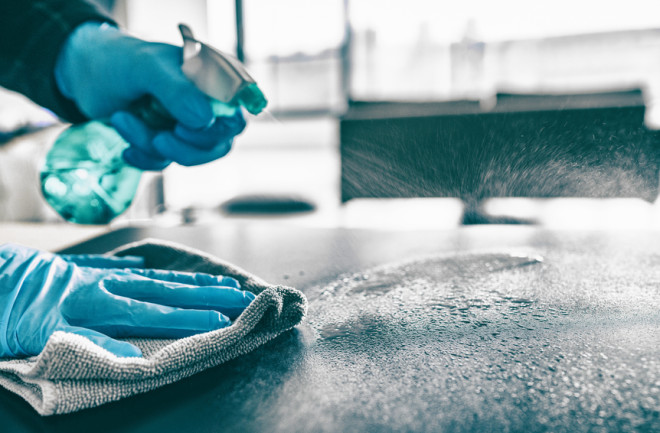 On TikTok, an auto detailer plops a vinyl floor mat on the ground. A pressure washer begins rinsing away dirt as a voice entices the viewer: “Watch how easily this floor mat becomes brand new!”

A hand moves the nozzle back and forth as dirt and grime are methodically washed away. Then, the detailer used a scrub brush attached to a power drill to attack the dirt in the mat's groves. The pressure washer gives one final rinse, and in 45 seconds, a dirt covered mat has become sparkling new. The creator, WD Detailing, has almost 800,000 followers on TikTok, as well as a YouTube channel with a cleaning video that has been viewed 13 million times.

For many people, it’s satisfying to watch sinks get scrubbed or carpets become clean. Apps like TikTok even have designated hashtags — like the insanely-popular #CleanTok, which has almost 50 billion views — so users can quickly find content. Research into this sensory phenomenon is barely a decade old, but already scientists are learning why this content can be so satisfying.

Why would anyone watch a video of a grimy shower stall being sponged clean? For many of the same reasons people watch videos with sounds of paper crackling or keyboards typing: The audio-visual experience can trigger a pleasurable response called autonomous sensory meridian response, or ASMR.

Triggers vary. Some people report their ASMR is sparked by soft sounds like whispers or oscillating fans. Others prefer the sounds and sights associated with cleaning, like running faucets and rotating brush bristles. And the sensations themselves vary, too. Many describe the response as a tingling feeling that begins in their scalp, neck or shoulder. ASMR can help a person relax, and people have reported it calms them before sleep.

Not everyone, however, experiences ASMR. In a 2018 study in Plos One, 81 percent of participants classified themselves as being able to experience ASMR. On average, they first became aware of their ASMR abilities around age 15, and most said they now used ASMR videos to trigger the pleasurable sensation.

For those who didn’t feel ASMR, the study found there were still benefits. ASMR content lowered participants’ heart rates and they reported feeling relaxed.  “So it’s possible that even if you don’t get the ASMR tingling response you might still get emotional benefit from ASMR content,” says Giulia Lara Poerio, the study’s lead author and a psychologist at the University of Essex in England.

YouTube has an extensive library of ASMR content. A person can play a 10-hour video of oscillating fan noises or a 29-minute video devoted to watching steam cleaners methodically removing stains from filthy carpets.

But which types of people tend to feel the tingle of ASMR, rather than a general sense of satisfaction? Scientists have been able to identify shared personality traits among people who can experience ASMR, according to a 2017 study in Frontiers in Psychology. The study authors worked with a group of 290 people who said they experienced ASMR and a control group of the same size. They all completed the "Big Five" personality inventory, as well as a questionnaire related to their ASMR experiences.

In comparison to the control group, people who experienced ASMR had higher scores for neuroticism and openness to experience. They also had lower levels of conscientiousness, extraversion and agreeableness.

A 2022 follow-up study in Plos One looked into the neuroticism claim by having both ASMR-capable individuals and a control group watch content and complete personality assessments. The researchers confirmed that people who experienced ASMR had higher levels of neuroticism. The participants also reported higher levels of anxiety, which they felt was soothed by ASMR content. As a result, the scientists concluded there could be possibilities for ASMR in therapeutic settings.

Not everyone can experience ASMR, and scientists don’t agree yet on what percentage of the population actually feels those tingles. ASMR content, however, can still be satisfying and Poerio says people use media content (whether it's music or a cleaning video) to regulate their emotions.

A sense of control, for example, is an emotion that some psychologists say is rooted in survival, which means a desire to control one’s environment is an adaptive behavior. And yet, the world can seem like a very chaotic place that a person can’t control.

Cleaning videos deliver controlled environments in which car mats are cleaned and clutter is cleared, often at an increased speed so that a job that could take hours happens in less than a minute. And for some people, that can be satisfying.  “So if people might want to experience something vicariously like control, then it could be possible through something like cleaning videos,” Poerio says.

One person’s ASMR satisfaction, however, can be another’s annoyance. A 2018 study found that people with ASMR had higher levels of misophonia, an aversive reaction to specific sounds. For one person, the gentle whir of a steam cleaner might be soothing. But to others, it might just make them steaming mad.