Why Are People More Attractive the Longer You Know Them?

Looks aren't everything. When it comes to a healthy, long-lasting relationship, personality is the most attractive feature. 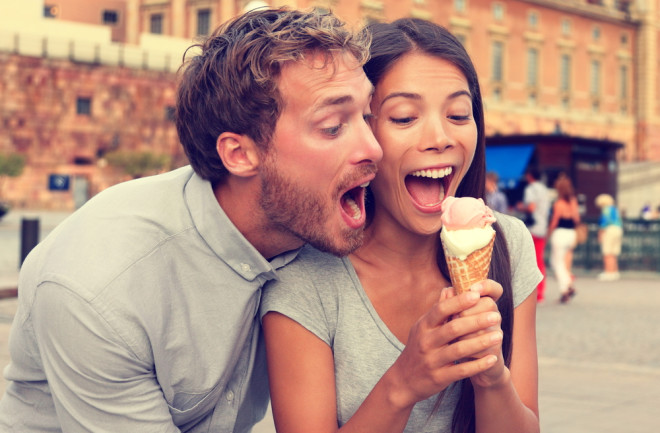 It’s the standard plot for so many of my favorite rom coms. An office friendship blossoms into something a little more steamy. Or would-be rivals turn lovers after a chance encounter shows their softer side. These two made-up scenarios are built around human nature because the longer we know someone, the more we tend to like them. And the more we become accustomed to someone’s appearance, the more it molds to our preferences. But why? What makes people more attractive over time?

According to Ravi Thiruchselvam, a self-perception researcher at the University of Toronto, several factors could be at play. In terms of physical appearance, research has found that the more times we’re shown a face, the more attractive it becomes, although attractive physical traits vary from person to person. What you think is attractive could be totally different than that of your best friend. Beauty is very personal. But when we do find someone attractive it’s the result of the brain’s reward circuitry, driven by the nucleus accumbens, a key structure involved in the brain’s motivational and emotional responses. “The activity in the nucleus accumbens may distinguish romantic partners from unfamiliar potential mates,” he says.

Read More: Why Are We Addicted To Love?

But the psychology of attraction goes far beyond appearance. The reciprocity principle of social psychology, for example, says that we like people the more we think they like us. As the relationship builds, we may naturally start to reciprocate feelings for someone we know has those feelings for us, says Thiruchselvam.

And the longer you’re with someone, the more other psychological factors help solidify and strengthen the relationship, “As a romantic relationship develops, partners may tend to idealize each other or exaggerate each others' positive qualities to preserve the relationship,” he says. “They may also cognitively de-value potential alternative partners (a process that could be non-conscious) to protect the relationship against temptations.”

At the same time, the more you know and like someone, the more likely you are to disclose private information which, in turn, makes you feel more connected, says Thiruchselvam.

This connection can be subconscious, and according to Timothy Yen, a psychologist with Pivot Counseling, it happens almost instantaneously. In just a few seconds, the brain is deciding whether to get closer or retreat. He says that we’re trying to interpret whether a person is approachable or dangerous. “On a more primal level, we’re figuring out who would make good partners or additions to our tribe, so it increases our chances of survival and reproducing. Attractive traits signal good genes and therefore a good partner to spread your genes through children,” he says.

But what happens when a person isn’t so attractive anymore? Yen says that this is natural. Most physical attributes tend to peter out over time.“Novelty sparks initial attractiveness because of the possibilities. And our curiosity increases attractiveness,” he says.

Once the newness wears off, it’s the positive traits that we were initially attracted to that keep us coming back. We all age and some of the physical attributes that were present initially may fade too; We may gain weight, get wrinkles, go gray or get too busy to put in the effort. But when relationships work it’s because attractiveness goes beyond appearance. And the opposite is also true. When the good qualities we thought were present at first seem to diminish or weren’t there in the first place, so too does our attraction.

In the end, life rarely mimics the plot of your favorite 1990s romantic comedy. I am not J.Lo in The Wedding Planner or Kate Hudson in How to Lose a Guy in 10 Days. (You’ll notice the consistency in my choice of a male lead). But in some ways, these movies are related to human nature. You can’t help who you’re attracted to and, in some cases, that attraction grows into something steamier. But what these movies don’t show is the difficulty in keeping that spark alive once physical attributes fade and you’ve known each other for more than a few months. While you might be captivated initially, for attraction to last, the real glue needs to go much deeper.