Why Are We Addicted To Love?

Might as well face it — our brains are wired to handle romantic love in the same way as addictive substances. And that means experiencing all the related highs and lows. 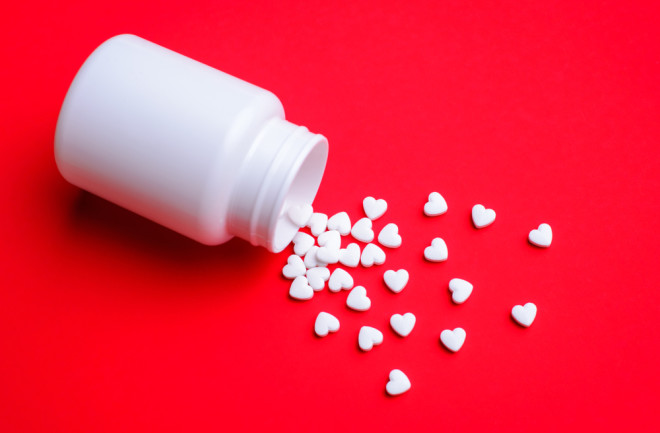 People have fought wars, crossed oceans and died in the name of love. Epics have been written about it. And you could sink a ship with all the poems, books, movies, operas and songs that have been centered on this theme. You’ve probably heard the phrase, “everyone loves a good love story.” And it’s true, most of us love the idea of love. But, why?

One answer is simpler than you think. Love is addicting. We talked with Helen Fisher, an anthropologist and Senior Research Fellow at The Kinsey Institute at Indiana University and the chief science advisor for Match, about how the brain reacts when you experience the highs and lows of love.

Your Brain on Love

“Romantic love is one of the most powerful sensations on Earth,” Fisher said in a 2008 Ted Talk, and much of her research supports this notion. We all have a type, or as Fisher refers to it, a “love map” — an unconscious list of what we’re looking for in a romantic partner. Naturally, we’re drawn to people similar to ourselves; that could include similarities in socio-economic background, race, political background, level of attractiveness, level of education and religious beliefs, according to Fisher.

Humor is another trait most people are drawn to. “Laughter,” Fisher says, “is good for the brain.” Laughter can help soothe social situations and ease anxiety. Since 2010, Fisher has been conducting the “Singles In America” study, and has surveyed more than 55,000 people. Each year, one of the top five things a person is looking for in a potential partner is someone who makes them laugh.

When you find someone who fits into your love map, and you’re ready for love, the brain can trigger what Fisher refers to as romantic love. Romantic love takes over the brain the same way an addictive substance would. Romantic love triggers a part of the brain called the ventral tegmental area (VTA). The VTA creates dopamine, a neurotransmitter that helps produce that sense of euphoria, especially when you’re around a person who stirs romance in you.

Dopamine also impacts certain behaviors and functions such as sleep, mood and attention, which relates to the basics of romantic love. According to Fisher, the basics for romantic love are as follows:

Most importantly, as Fisher says, you crave an emotional union with that person, you’re highly motivated to win over them and their affection, and you experience intrusive thinking. You can’t get this person out of your head, every thought is consumed by them. Fisher refers to it as “someone camping in your head.”

If you’ve been in love, then you’ve probably experienced these traits. And while they seem a little over the top, there is a good reason you endure them. Fisher explains that the VTA is located near the hypothalamus, the part of the brain that controls thirst, hunger and sex drive – among other things. These functions help keep you alive. So, in a sense, romantic love is what drives you to stay alive to pass on your genes and ensure the survival of the species. It doesn't sound very poetic, but romantic love is as much a brain function as it is a survival mechanism.

“Thirst and hunger keep you alive today,” Fisher says. “Romantic love drives you to focus your mating energy and send your DNA into tomorrow.”

That sounds a little more poetic.

Your Brain on Heartbreak

“Nobody gets out of love alive,” Fisher says. And as much as we all love a good love story, there are just as many songs, poems, movies and books about heartbreak. Love is an addiction. When we have it, we feel good. Without it, we crash from the high and fall hard.

While the VTA is great at producing dopamine and driving our feelings of romantic love, it also does a great job of not letting us forget the subject of that romantic love. Fisher and her colleagues scanned the brains of 17 people who had just been through a breakup. Their findings indicated that there was activity in the brain regions associated with physical and mental anguish, deep attachment, dopamine, regions associated with craving and the primary brain region linked with addiction, the nucleus accumbens.

Losing love is like suffering withdrawals from an addictive substance or behavior, such as gambling. The subject of the dopamine high is no longer there to provide you with those feel-good chemicals. But, there is hope in treating heartbreak.

According to Fisher, you should treat heartbreak as if it were any other addiction. Stop reaching out to that person. Get rid of any reminders of them, like photos, books, clothes and gifts. If throwing those items away is too much trouble, put them in a box in the attic, closet or garage. Stop asking mutual friends about that person and most of all, try not to stay friends with that person – at least at first, since it will only keep hopes up about getting them back.

Rejection in love will trigger parts of the brain that will make you evaluate gains and losses. What will be lost – a home, pets, visiting time with children? How different is life going to be? This is a way for the brain to process the loss of the relationship. While it’s natural to think this way, it’s also important to not dwell on it too much.

“Stop talking or thinking about them,” Fisher says, “or you’ll continue to revive the ghost.”

Instead of hiding away at home to watch sad movies or listen to sad music, Fisher suggests using this time to discover new hobbies and find other ways to produce natural dopamine. Take an art class, try yoga, exercise more, try new foods, listen to new music and get hugs from friends and family. These activities will help drive up natural dopamine.