When Will We Be Transhuman? Seven Conditions for Attaining Transhumanism 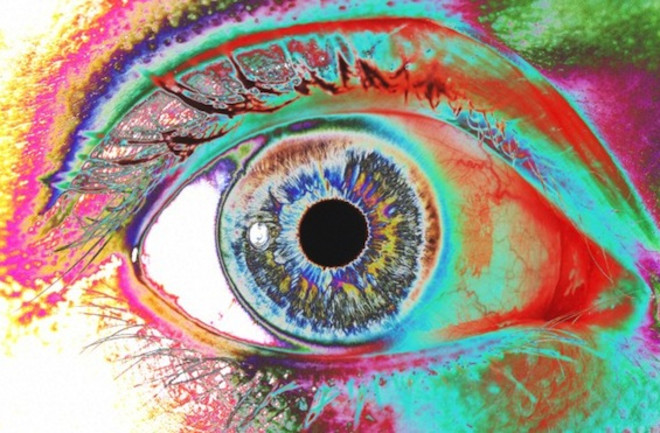 The future is impossible to predict. But that's not going to stop people from trying. We can at least pretend to know where it is we want humanity to go. We hope that laws we craft, the technologies we invent, our social habits and our ways of thinking are small forces that, when combined over time, move our species towards a better existence. The question is, How will we know if we are making progress?

But how will we able to tell when the pieces finally do fall into place? I've been trying to answer that question ever since Tyler Cowen at Marginal Revolution was asked a while back by his readers: What are the exact conditions for counting "transhumanism" as having been attained? In an attempt to answer, I responded with what I saw as the three key indicators:

As I groped through the intellectual dark for these three points, it became clear that the precise technology and how it worked was unimportant. Instead, we need to figure out how technology may change our lives and our ways of living. Unlike the infamous jetpack, which defined the failed futurama of the 20th century, the 21st needs broader progress markers. Here are seven things to look for in the coming centuries that will let us know if transhumanism is here.

When we think of the future, we think of technology. But too often, we think of really pointless technology – flying cars or self-tying sneakers or ray guns. Those things won't change the way life happens. Not the way the washing machine or the cell phone changed the way life happens. Those are real inventions. It is in that spirit that I considered indicators of transhumanism. What matters is how a technology changes our definition of a "normal" human. Think of it this way: any one of these indicators has been fulfilled when at least a few of the people you interact with on any given day utilize the technology. With that mindset, I propose the following seven changes as indicators that transhumanism has been attained.

1. Prosthetics are Preferred: The arrival of prosthetics and implants for organs and limbs that are as good as or better than the original. A fairly accurate test for the quality of prosthetics would be voluntary amputations. Those who use prosthetics would compete with or surpass non-amputees in physical performances and athletic competitions. Included in this indicator are cochlear, optic implants, bionic limbs and artificial organs that are within species typical functioning and readily available. A key social indicator will be that terminology around being "disabled"and "handicapped" would become anachronous. If you ever find yourself seriously considering having your birth-given hand lopped off and replaced with a cybernetic one, you can tick off this box on your transhuman checklist.

2. Better Brains: There are three ways we could improve our cognition. In order of likelihood of being used in the near future they are: cognitive enhancing drugs, genetic engineering, or neuro-implants/ prosthetic cyberbrains. When the average person wakes up, brews a pot of coffee and pops an over-the-counter stimulant as or more powerful than modafinil, go ahead and count this condition achieved. Genetic engineering and cyberbrains will be improvements in degree and function, but not in purpose. Any one of these becoming commonplace would indicate that we no longer cling to the bias that going beyond the intelligence dished out by the genetic and environmental lottery is "cheating."

3. Artificial Assistance: Artificial Intelligence (AI) and Augmented Reality (AR) integrated into personal, everyday behaviors. In the same way Google search and Wikipedia changed the way we research and remember, AI and AR could alter the way we think and interact. Daedalus in Deus Ex and Jarvis in Iron Man are great examples of Turing-quality (indistinguishable from human intelligence) AI that interact with the main character as both side kicks and secondary minds. Think of it this way: you walk into a cocktail party. Your cyberbrain's AI assist analyzes every face in the room and determines those most socially relevant to you. Using AR projected onto your optic implants, the AI highlights each person in your line of sight and, as you approach, provides a dossier of their main interests and personality type. Now apply this level of information access to anything else. Whether it's grilling a steak or performing a heart transplant, AI assist with AR overlay will radically improve human functioning. When it is expected that most people will have an AI advisor at their side analyzing the situation and providing instructions through their implants, go ahead and count humanity another step closer to being transhuman.

4. Amazing Average Age: The ultimate objective of health care is that people live the longest, healthiest lives possible. Whether that happens due to nanotechnology or genetic engineering or synthetic organs is irrelevant. What matters is that eventually people will age more slowly, be healthier for a larger portion of their lives, and will be living beyond the age of 120. Our social understanding of aging will lose the "virtue of necessity" aspect and society will treat aging as a disease to be mitigated and managed. When the average expected life span exceeds 120, the conditions for transhuman longevity will have arrived.

5. Responsible Reproduction: Having children will be framed almost exclusively in the light of responsibility. Human reproduction is, at the moment, not generally worthy of the term "procreation." Procreation implies planned creation and conscientious rearing of a new human life. As it stands, anyone with the necessary biological equipment can accidentally spawn a whelp and, save for extreme physical neglect, is free to all but abandon it to develop in an arbitrary and developmentally damaging fashion. Children – human beings as a whole – deserve better. Responsible reproduction will involve, first and foremost, better birth control for men and women. Abortions will be reserved for the rare accidental pregnancy and/or those that threaten the life of the mother. Those who do choose to reproduce will do so via assisted reproductive technologies (ARTs) ensuring pregnancy is quite deliberate. Furthermore, genetic modification, health screening, and, eventually synthetic wombs will enable the child with the best possibility of a good life to be born. Parental licensing may be part of the process; a liberalization of adoption and surrogate pregnancy laws certainly will be. When global births stabilize at replacement rates, ARTs are the preferred method of conception, and responsible child rearing is more highly valued than biological parenthood, we will be procreating as transhumans.

6. My Body, My Choice: Legalization and regulation will be based on somatic rights. Substances that are ingested – cogno enhancers, recreational drugs, steroids, nanotech – become both one's right and responsibility. Actions such as abortion, assisted suicide, voluntary amputation, gender reassignment, surrogate pregnancy, body modification, legal unions among adults of any number, and consenting sexual practices would be protected under law. One's genetic make-up, neurological composition, prosthetic augmentation, and other cybernetic modifications will be limited only by technology and one's own discretion. Transhumanism cannot happen without a legal structure that allows individuals to control their own bodies. When bodily freedom is as protected and sanctified as free speech, transhumanism will be free to develop.

7. Persons, not People: Rights discourse will shift to personhood instead of common humanity. I have argued we're already beginning to see a social shift towards this mentality. Using a scaled system based on traits like sentience, empathy, self-awareness, tool use, problem solving, social behaviors, language use, and abstract reasoning, animals (including humans) will be granted rights based on varying degrees of personhood. Personhood based rights will protect against Gattaca scenarios while ensuring the rights of new forms of intelligence, be they alien, artificial, or animal, are protected. When African grey parrots, gorillas, and dolphins have the same rights as a human toddler, a transhuman friendly rights system will be in place.

Individually, each of these conditions are necessary but not sufficient for transhumanism to have been attained. Only as a whole are they sufficient for transhumanism to have been achieved. I make no claims as to how or when any or all of these conditions will be attained. If forced to guess, I would say all seven conditions will be attained over the course of the next two centuries, with conditions (3) and (4) being the furthest from attainment.

Transhumanism is a long way from being attained. However, with these seven conditions in mind, we can at least determine if we are moving towards or away from a transhuman future.