Simply asking people whether they experienced an event can trick them into later believing that it did occur, according to a neat little study just out: Susceptibility to long-term misinformation effect outside of the laboratory 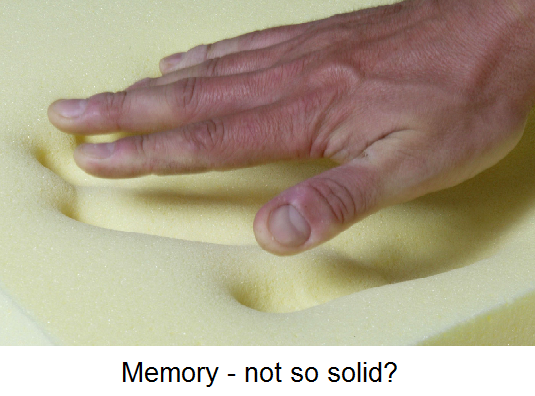 Psychologists Miriam Lommen and colleagues studied 249 Dutch soldiers were deployed for a four month tour of duty in Afghanistan. As part of a study into PTSD, they were given an interview at the end of the deployment asking them about their exposure to various stressful events that had occurred. However, one of the things discussed was made up - a missile attack on their base on New Year's Eve.

At the post-test, participants were provided new information about an event that did not take place during their deployment, that is, a (harmless) missile attack at the base on New Year’s Eve. We provided a short description of the event including some sensory details (e.g., sound of explosion, sight of gravel after the explosion). After that, participants were asked if they had experienced it...

Eight of the soldiers reported remembering this event right there in the interview. The other 241 correctly said they didn't recall it, but seven months later, when they did a follow-up questionnaire about their experiences in the field, 26% said they did remember the non-existent New Year's Eve bombardment (this question had been added to an existing PTSD scale.) Susceptibility to the misinformation was correlated with having a lower IQ, and with PTSD symptom severity. False memory effects like this one have been widely studied, but generally only in laboratory conditions. I like this study because it used a clever design to take memory misinformation into the real world, by neatly piggybacking onto another piece of research. Also, it's interesting (and worrying) that the false information was presented in the context of a question, not a statement. It seems that merely being asked about something can, in some cases, lead to memories of having experienced that thing.